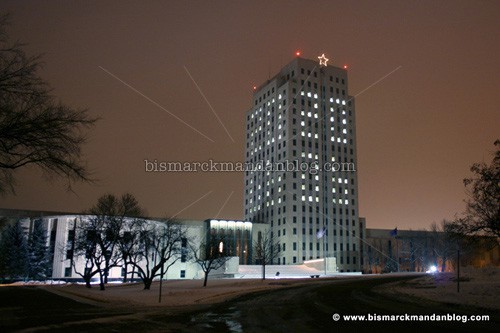 This is the photo that started it all on January 1st, 2006.  Ten years ago.  Wow.  A lot has changed since then. Not only am I much more occupied with work, freelance work, and being a husband and Daddy, but I’ve also had to ride out some major health issues and lots of moving: moving my family into a new house, moving my studio/office at work, and moving my church.  So I don’t post daily anymore, but I do share what I can.  I keep thinking that soon enough I will be able to get out with my cameras more.  Meanwhile, I took some time to chase down even more photos like the one above: 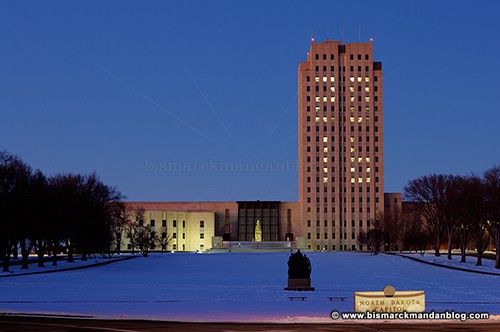 This angle looks so straightforward, doesn’t it?  The fact is, I only recently discovered it.  This is actually taken from down Sixth Street a little ways.  That’s the best way to get the NORTH DAKOTA CAPITOL sign in the shot without having it dominate the photo.  Getting farther away gets a perspective that matches it in size with the pioneer statue, and allows both of them to grow in relation to the capitol tower.  It’s a fun shot to get, but not when there’s a lot of traffic whizzing across the frame on Boulevard Avenue. 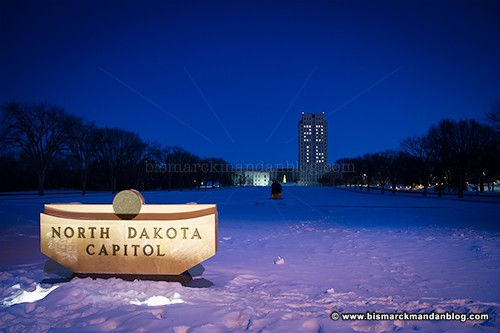 Here’s what I’m talking about.  If you just go to the bottom of the mall and take a photo from the road, this what you get.  The capitol sign is large, the tower is small, and the pioneer statue is all but indistinguishable.  I don’t know why I didn’t think to venture farther away and set up my shot down 6th Street before this, but I’m thankful for this year’s epiphany. 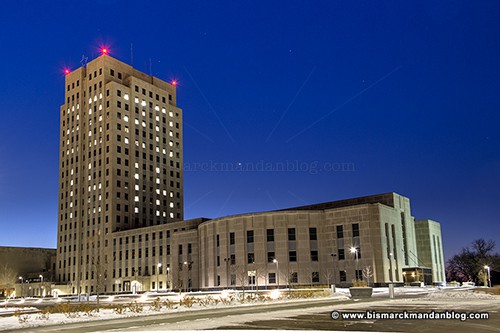 The parking lots on the north side of the capitol were redone a year or two ago, and that opened up this shot from the backside of the legislative wing.  Previously this angle was obscured by trees, and I’m sure it will be once again someday as newly planted ones grow to adult heights, but for now I have a brand new perspective on the capitol that was not possible when I first started doing this bloggin’ thang. 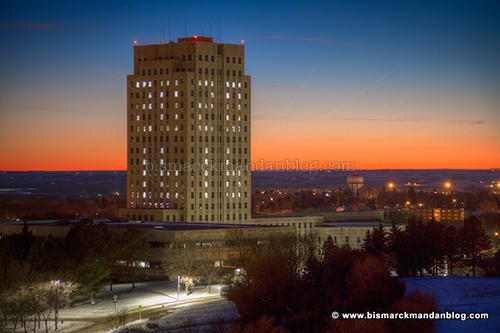 This year I had a clear sky at sunset and decided to try something a little different.  I’ve had a blast taking shots of the entire capitol complex from the northeast hill and posting it as my blog’s Facebook cover photo.  That’s fine, since it’s such a wide angle shot that it crops very nicely into the 851×315 dimensions required by Facebook.  But what about a traditionally framed shot?  Well, rather than worry about the DOT / Heritage Center buildings I opted this time to pan west toward the sunset and include only the judicial and legislative wings of the capitol along with the tower.  It worked great with the peachy sunset colors, too.

Well, here’s to another ten years!  It looks like I’ve posted in the neighborhood of 3,500 photos so far.  I sure hope I have plenty more photos and musings to share!