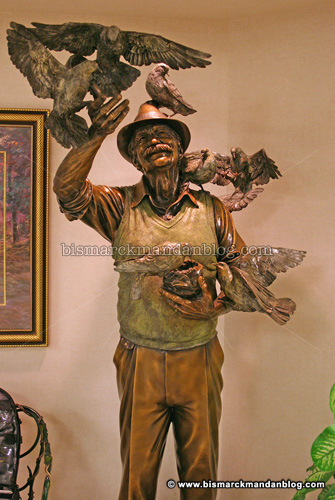 I’ve been working somewhat around the clock lately, so I have had to resort to finding fun photos that cross my path instead of hunting for them. That’s okay, because this one was actually a request of sorts.

I’ve had a couple of posts of statues in the past and have had email requests for other ones around Bismarck. Okay, here you go. Guess where this statue is located? Obviously it’s indoors, but it’s in an area where a person is likely to have passed it at one time or another.

If you’re really good, you’ll know the name of the artist and the title of the statue. You’ll actually be better than me because I think I forgot them. Maybe it’ll come back to me, but it doesn’t matter – it’s your job to guess.