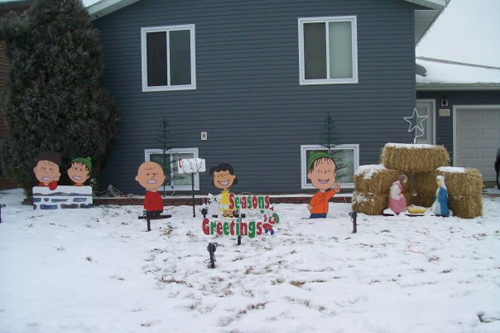 My friend Jerry made a lot of these Peanuts characters back when he was a little kid. This year he made some new ones, and set up a variety of scenes from the Charlie Brown Christmas animated feature. Different scenes light at different times, and the mouth of each character is lit as they speak. The whole thing can be seen on north Montreal Street, and you can listen along on 107.1 FM from your warm, toasty car. 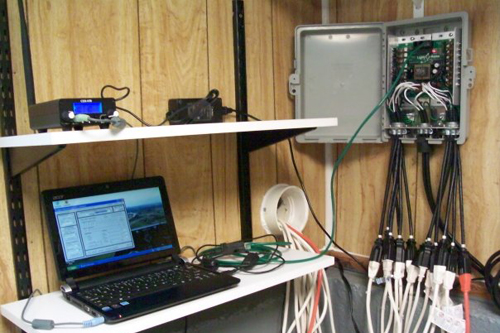 This is the brains of the operation. The netbook runs the audio, feeding into a little household FM transmitter. The computer also sends information to the box on the wall, which controls the lights of the display according to a pre-programmed routine. Those cords dangling from the box go to different zones of lighting for the scenes, background lights, and individual characters.

I took the opportunity to put together a little video of the display, which you can view below. If you don’t see playback controls, just mouse your cursor over the bottom part of the video and they’ll pop on.

Go check it out! The display runs in the evenings on north Montreal Street, just north of the intersection with Calgary Avenue.