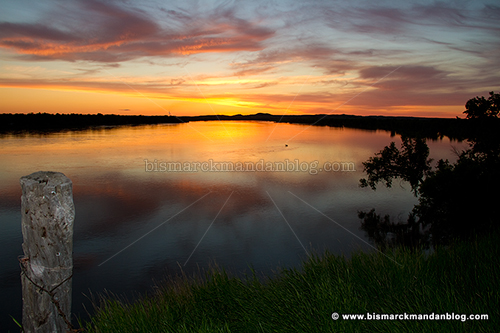 Three months ago I visited Double Ditch to assess the impact of Missouri River flooding on the view. It was astounding; any trace of sandbars had vanished beneath a wide expanse of water. Now that access to the site is no longer prohibited, I was a little curious about what it looked like: 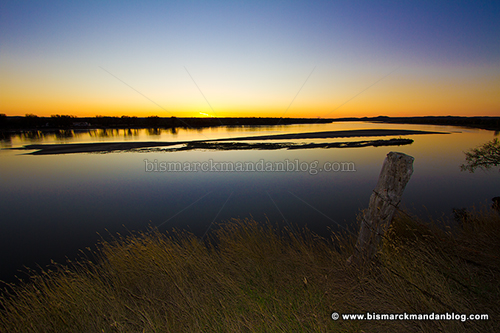 One other thing that’s noteworthy, and hard to discern from these photos because they’re framed so differently, is how much farther south the sun sets in mid-September compared to June. On the longest day of the year, just four days after the top photo was taken, the sun sets much farther north. As winter creeps closer and the days grow shorter, however, the sun’s track moves southward and peaks lower in the southern sky during midday. It may be interesting to return to Double Ditch on the shortest day of the year and see where it intersects the horizon; if I do so, you’ll see it here.