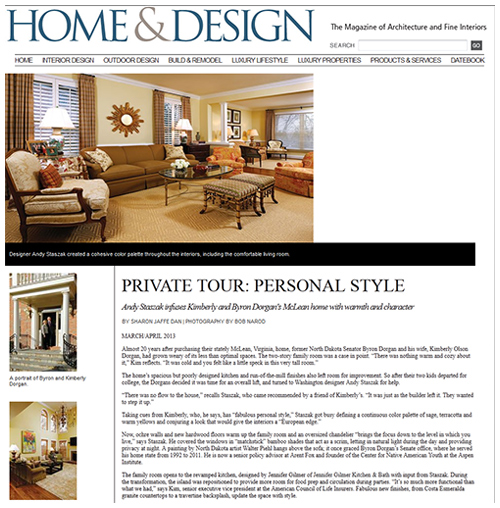 Now that he’s no longer carpetbagging for a North Dakota senate seat, Byron Dorgan can finally be honest about where he’s really lived for the last twenty years: Virginia. The former senator’s home has been featured in Home & Design magazine. 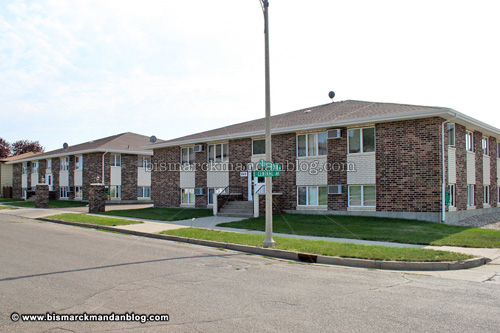 It may be news to you, but the meager apartment buildings above are where Senators Conrad and Dorgan claimed to live “on paper” so they’d be eligible to run for office as representatives of North Dakota. I lived in one of these buildings, and (if the Senators’ appliances were the same olive green as mine) they were hardly what one would expect of a United States Senator. No worries, though…I never ran into either of them while living there, and I doubt these apartments were more than a technicality to facilitate their re-election. They are the addresses they used to claim residency. 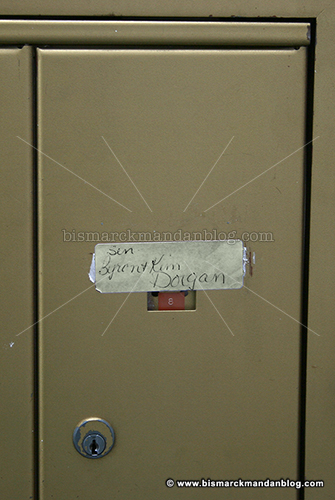 This ornate hand-written address label no longer exists, so I suppose the Senator and Kim have moved on. After all, there’s no reason to have a North Dakota address anymore. Certainly these lavish accommodations in no way compare to their Virginia mansion. 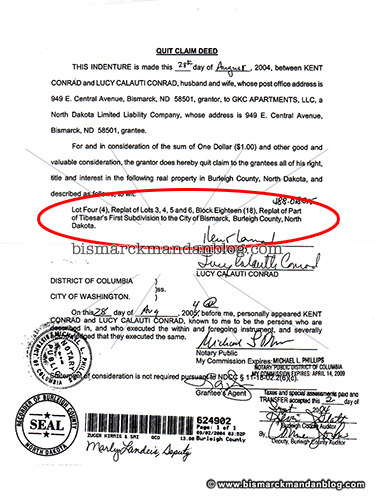 In case you’re a new reader, you probably don’t know that former senator Kent Conrad actually owns these two buildings via an LLC that he formed. If you only frequent North Dakota media, you probably don’t know that Senator Conrad was under ethics investigation for a sweetheart mortage deal from Countrywide Financial on this property, which consists of sixteen units in two buildings, even though the company’s policy for the rest of us is to finance nothing larger than a four-plex. Democrats even went to the point of changing the locks on committee room doors to prevent Senator Conrad’s conduct from being discovered! 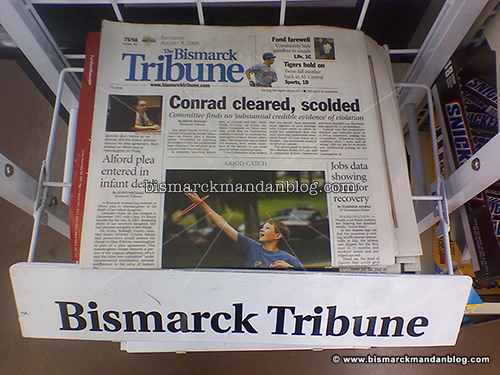 Isn’t a corruption investigation involving a United States Senator from our state newsworthy? Apparently not. Oddly enough, KFYR/KXMB/WDAY seemed uninterested in this circus; same with the Tribune, Forum, or other state newspaper groups. In fact, this scandal didn’t seem newsworthy to them until after a Democrat committee chaired by a co-conspirator let Kent Conrad off the hook. THEN it was front-page news. If I was an assignment editor or news director at one of these organizations, I’d be asking myself some tough questions after either missing this or willfully ignoring it. If some blogger with a few minutes of spare time and a Google search can come up with piles of relevant information but their newscasts and printed pages contained nothing, isn’t that cause for a little self-examination?

Oh, and about Senator Gaylord “Kent” Conrad: don’t think that he was left out of the “expensive east coast mansion” situation. He has a million dollar house on a Delaware beach that didn’t show up on his financial disclosure reports.

I wonder if newly-elected “independent voice™” Heidi Heitkamp is paging through the real estate pages out there on the east coast?