Someone gave me this flyer that they were handed outside the federal building on 3rd and Rosser last week: 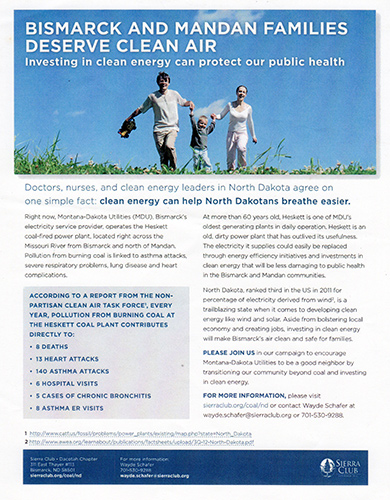 It comes from that well-known enemy of personal property rights, the Sierra Club, and it accuses MDU’s Heskett Station power plant of killing eight people per year as well as causing a litany of horrible medical problems.  It exhorts the recipient to contact Sierra Club shill Wayde Schafer to “join us in our campaign to encourage Montana-Dakota Utilities to be a good neighbor by transitioning our community beyond coal and investing in clean energy”. 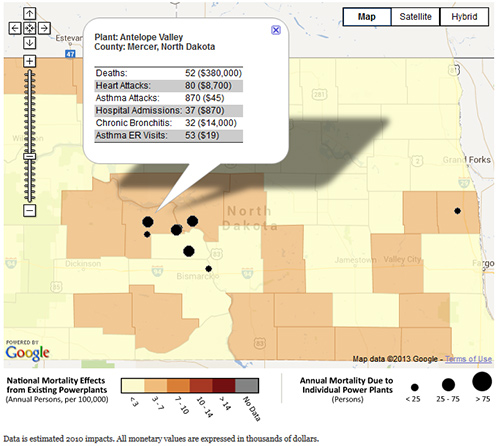 They go on to cite a map from “non-partisan” Clean Air Task Force (ahem) which performs the service of putting these scary black circles on a map wherever there’s a facility generating energy for North Dakotans.  Their website indicates that they pretty much hate any power generation that doesn’t come from a “renewable” source, although even they seem to agree that turning corn into ethanol-based gasoline is a disaster.  They don’t like coal, they don’t like oil, they don’t like gas, and they’re motivated by Climate Change™, a phenomenon whose only purported solution is global socialism. 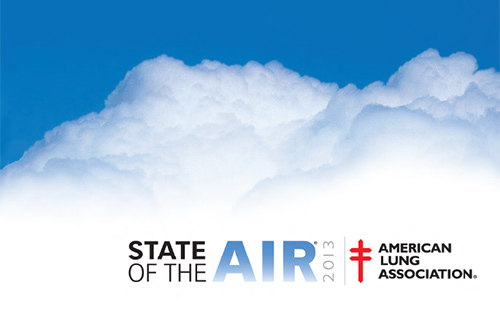 Oddly enough, if you go to the American Lung Association’s website you can find a report that’s three years newer (CATF’s is from “estimated 2010 impacts”) in their 2013 State of the Air report (PDF).  In it, North Dakota gets phenomenal reviews for its air quality.  If you want to pick a group that’s “non-partisan” I suggest looking at the ALA before believing anything from a site that won’t be happy until we’re one step removed from the stone age.  North Dakota’s data from the report is available at this link if you don’t want to download the PDF. 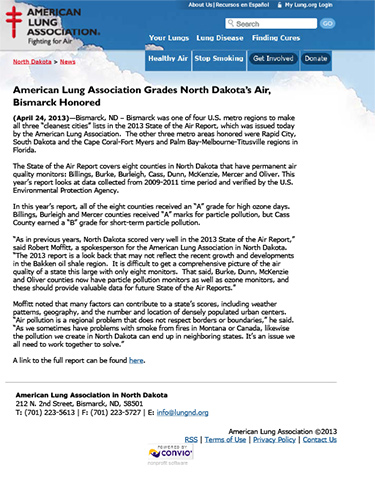 It didn’t take more than a few seconds to find this release, also from the American Lung Association, congratulating Bismarck (which is downwind from Heskett and most of those other nasty black dots on the CATF map most of the time) on receiving an “A” grade.  From the report:

That doesn’t sound like the cesspool of black death alleged by the CATF and amplified by the radical hatemongers at the Sierra Club in their propaganda, does it?  If you’re handed stuff like this from extremist liberal groups, take my advice and take whatever they tell you with a grain of salt.  Do your own research.  It won’t be hard to find easy refutations to their propaganda.

I intentionally used terms like “radical”, “extremist”, “hate group”, et cetera because that’s what these leftist use to label anyone who disagrees with them.  It works both ways, commie.