If you aren’t familiar with my Cold War Mancation series, don’t worry: I’ll provide some links for you to get caught up at the end of this post.  My best friend and I took the opportunity last week to visit the Strategic Air and Space Museum (formerly the SAC Museum) in Ashland, Nebraska.  We’d been talking about it seemingly forever, and finally made it happen thanks to some overtime and my gracious wife letting me bolt for a few days. To put it mildly, this trip was absolutely worth the wait.  Let’s get started. 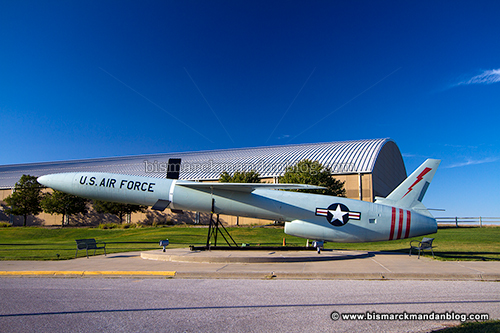 I’ll begin with a snarky comment.  This is a Snark missile, the SM-62.  It was an early cruise missile capable of delivering a nuclear payload to the Russkies, and it waits to greet you as you pull into the parking lot. 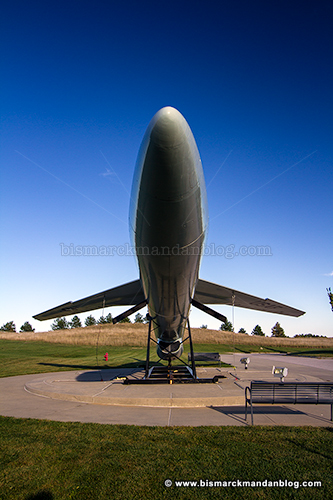 Zoom.  Weapons and aircraft like this, deployed by the Strategic Air Command, are the focus of the museum.  That means everything from bombs and missiles to rockets to bombers to…well, let’s just go inside. 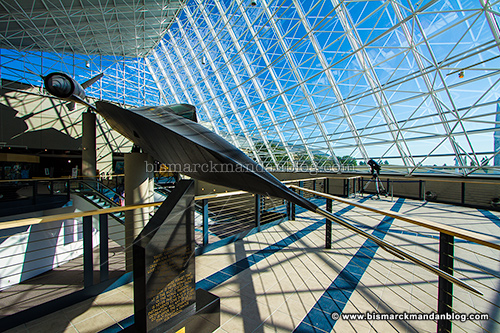 This is what greets you in the lobby: an honest to goodness SR-71 Blackbird.  Sigh.  Seeing one of these was on my bucket list.  Touching one (yes, I leaned over the railing) wasn’t something I ever imagined possible.  Yet, here we are. 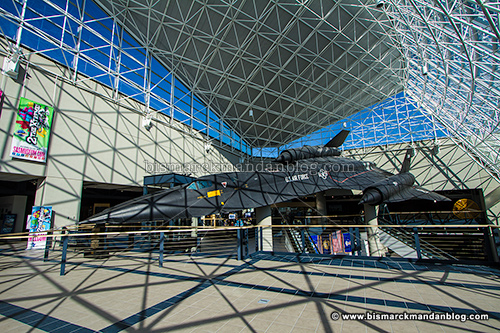 Right off the bat I was astonished at how BIG this thing is.  I’ve been enamored of this plane since the 1980s, and I thought I was reasonably familiar with its stats as a civilian fanboy, but until one of these things is perched diagonally above your head you will have absolutely ZERO comprehension of its girth. 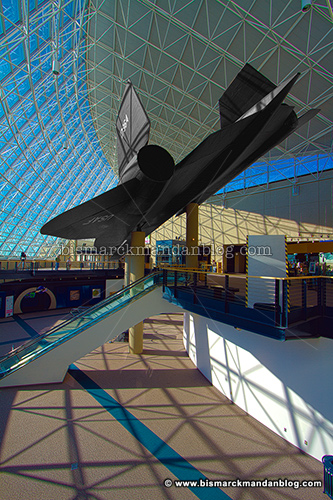 This is how the SR-71 looked to Russian planes and missiles, although far less distant.  If this thing flew past you at peak speed and you fired a 150 grain 30-06 bullet at it, it would still outrun the bullet by over 300 feet per second.  As a former motorcycle roadracer I can appreciate that kind of speed.  My puny 180mph seems rather insignificant by comparison. 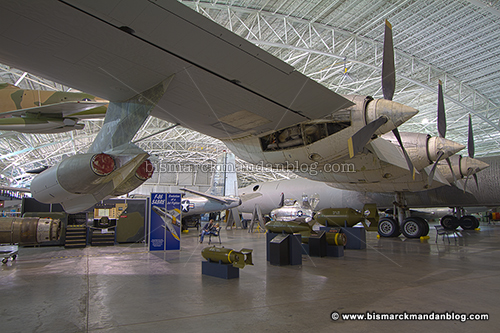 One more thing on my bucket list: the Convair B-36 Peacemaker…the longest wingspan of any combat aircraft ever built.  Note the three giant piston engines and rear-facing propellers on this wing…each blade is taller than I.  Then we’ve got the pair of jet engines on the end of the wing for good measure.  As the phrase goes, “Six turnin’, and four burnin’.”  I was able to walk beneath this behemoth’s bomb bay without even ducking my head.  These used to be based out of South Dakota.   Now they’re rare, and none fly. 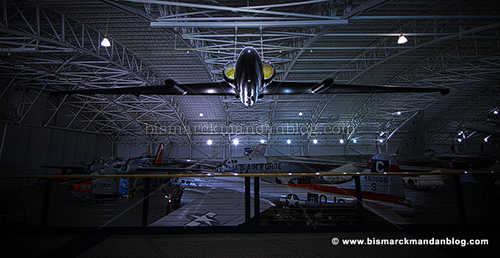 Then we’ve got this beast: the U-2 reconnaissance aircraft.  I have encountered one of these in flight before, and I must say it is by far the single loudest sound of any kind that I’ve ever heard.  It was deceptively quiet until the pilot poured it on and shot up to over 70,000 feet.  Even with my custom-made earplugs I was astonished at the noise. 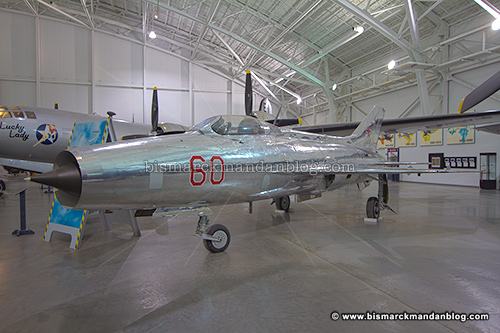 Here’s a bright, shiny Soviet Mig-21 fighter jet.  No need for paint, comrade.  It was cool to see the Russian labels stamped into certain parts as well as the way they riveted the panels together. 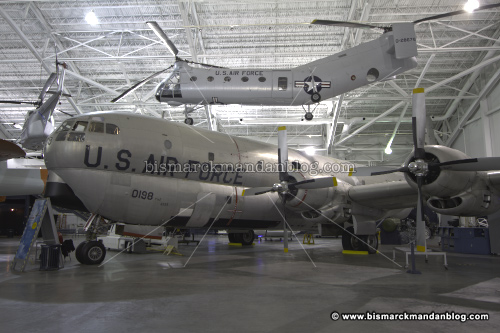 In addition to some other really cool spacecraft and aircraft, this KC-97 Stratotanker was among the largest on display.  As with the other big birds, it had an absolutely hilarious looking front end.  It was also open for tours from time to time, so we got to go up and run around in it.

One other bird on my list was the B-58 Scrambler, a hardcore bomber that set a long list of speed records during its period of service.  Later models had “capsules” for pilots to eject with, because apparently ejecting at supersonic speeds is bad or something.  Huh. 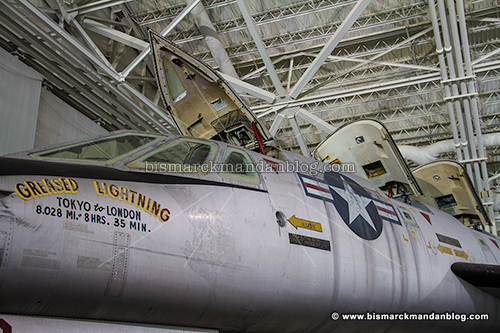 I once made a record run from Dickinson to Bismarck (I won’t quote the time), but nothing like averaging over 900mph for the length of an average work day!  This plane really knew how to rock ‘n’ roll.

Some of my favorite pics are just waiting, eager to be posted.  They’ll come soon.  In the mean time, I would like to share with you the previous iteration of our Cold War Mancation via the links below.

There.  That should keep you entertained until I get around to posting some of the REALLY cool photos from the trip.