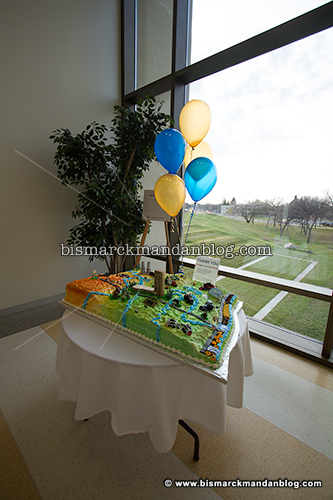 I mentioned a while ago that I was able to play with my new macro lens and grab some close-ups of the various decorations adorning North Dakota’s 125th birthday cake.  Here are a few…and by a few, I mean many. 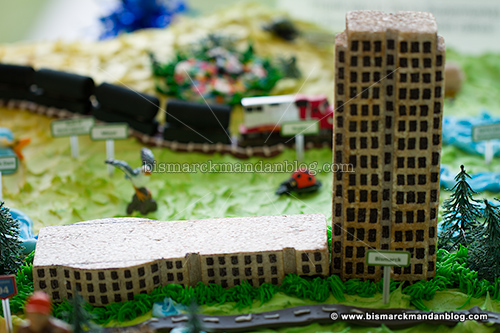 I’ll start off with a piece that you’ve already seen: the state capitol building.  It’s missing the J-wing, but that’s alright. 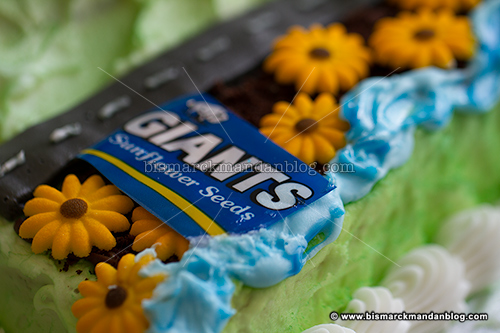 Let’s start with the eastern border of the state.  Down near the Wahpeton area we have sunflowers… 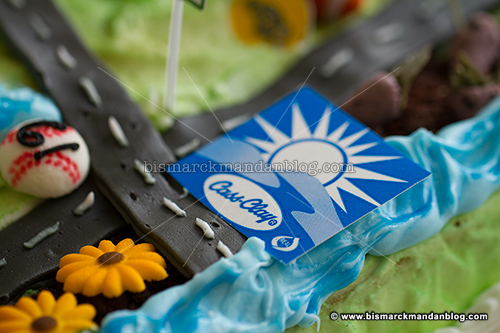 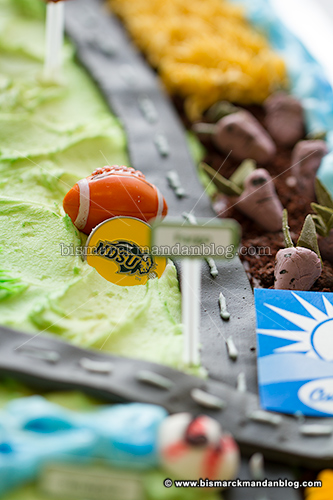 Let’s not forget the NDSU Bison… 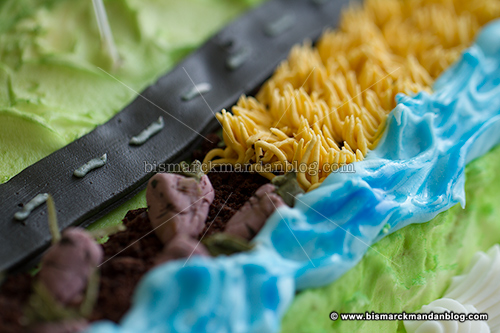 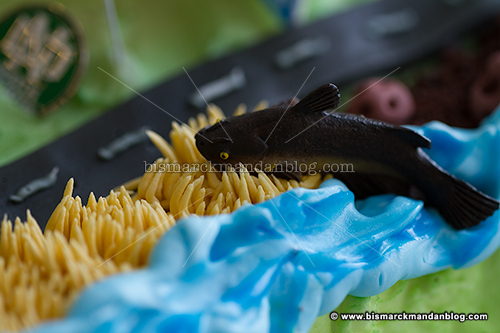 As we reach the Grand Forks area we have a catfish (and UND, in the background)… 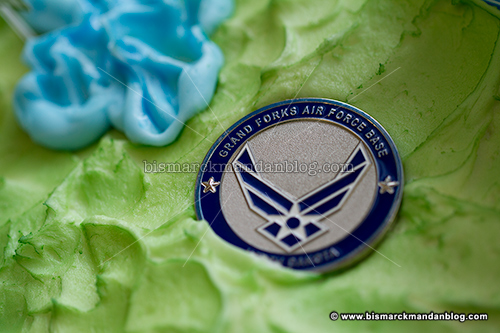 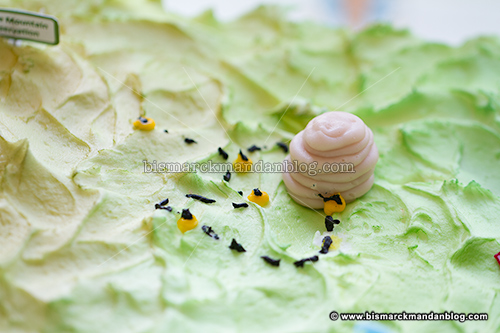 I presume this is a tribute to the North Dakota honeybee, who are all probably wintering down south somewhere at the moment. 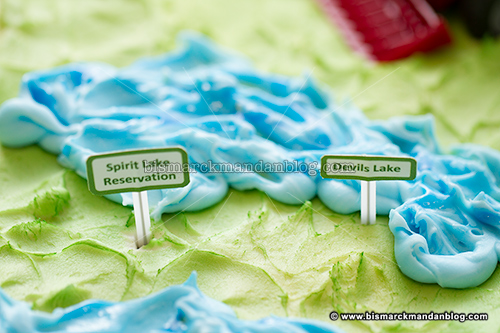 Hat tip to Devils Lake and the Spirit Lake nation. 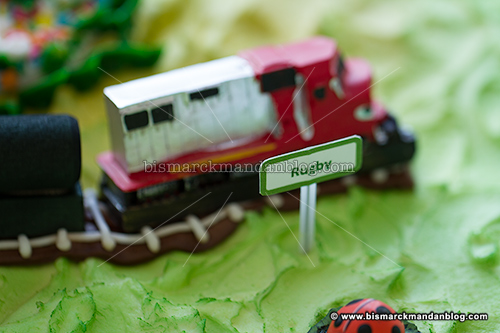 We then move westward to Rugby. 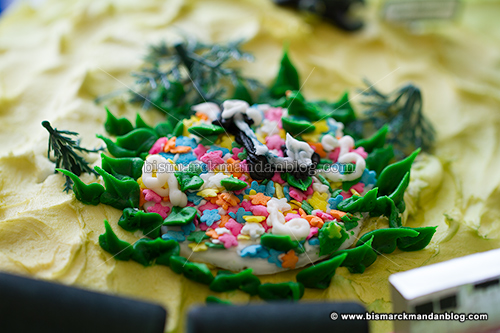 Here’s the Floral Clock, one of the attractions at the International Peace Garden. 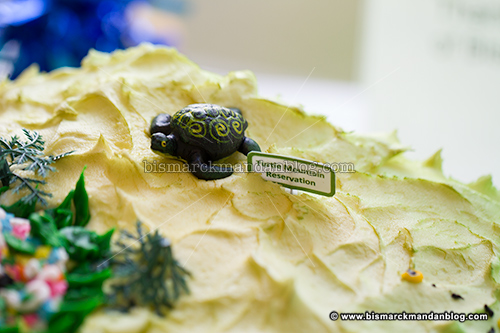 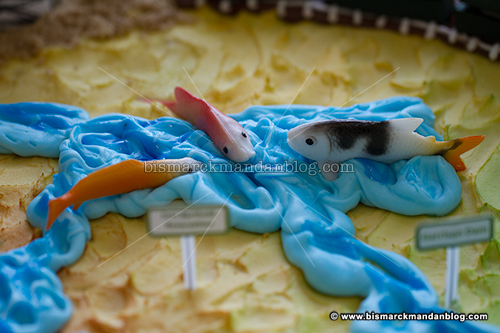 Good ol’ Lake Sakakawea and the Garrison Dam are featured. 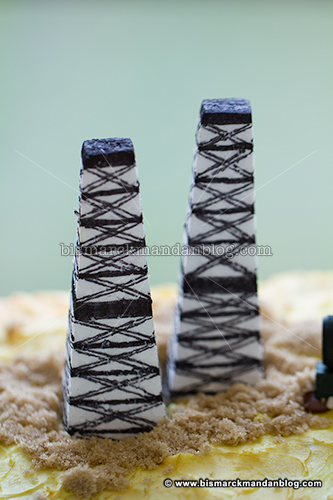 To the northwest we have a tribute to oil country. 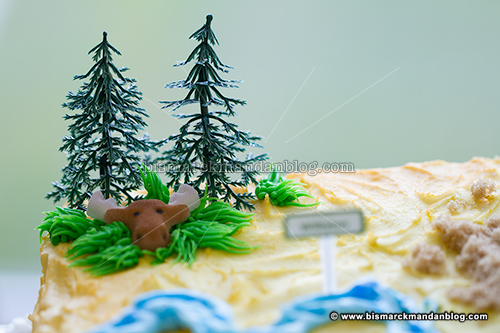 Here’s the far northwestern corner of the state. 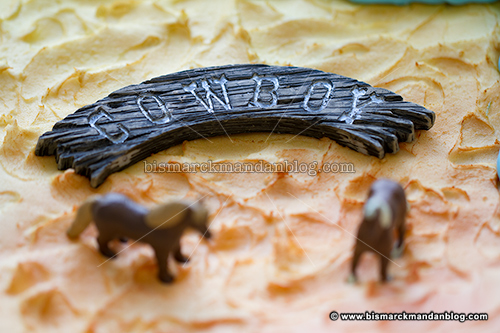 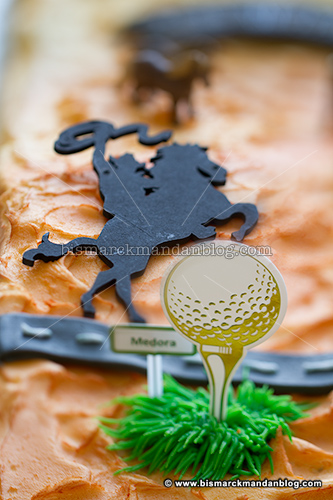 Here we have the Bully Pulpit and Medora. 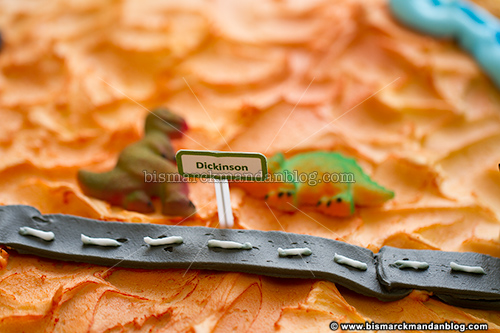 If I’d gotten the focus right here, you’d think that Dickinson was known more for the Dinosaur Museum than for I-94.  In the low light I had to use a wide aperture, making the depth of field very shallow.  Excuses, excuses… 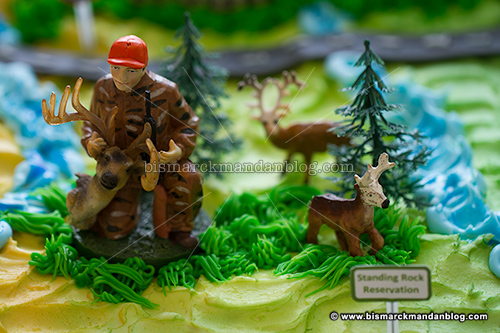 Not much in southwestern North Dakota.  I’d have put a police car with a mannikin in it to celebrate Amadon, at least…but instead we head east toward Standing Rock and a hunting scene.  My friend Nathan just got a big buck like this one. 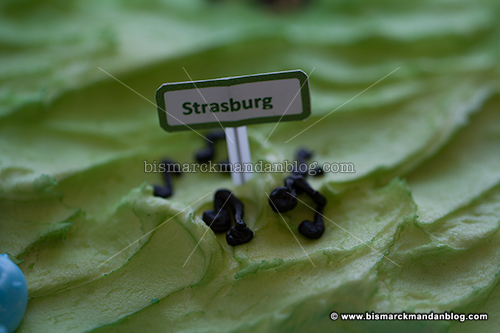 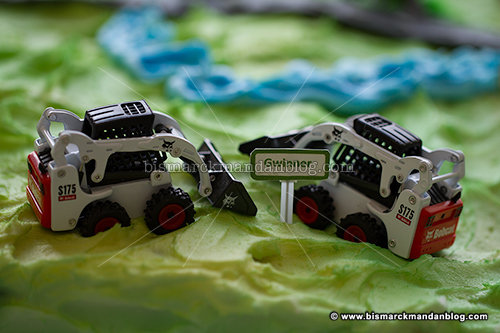 Next we have Gwinner and the Bobcat plant. 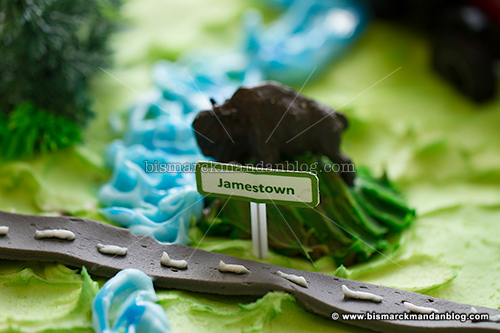 I’ll wrap this up with the enormous bison at Jamestown.

There were a couple of other fittings on the cake, such as some tractors and nods to the Bank of North Dakota and the North Dakota Wheat Commission.  It was a really cool tour around the state, and I made sure to get a slice of Slope County, where the cake is thickest.  See, it helps to know a little bit about my home state of North Dakota!