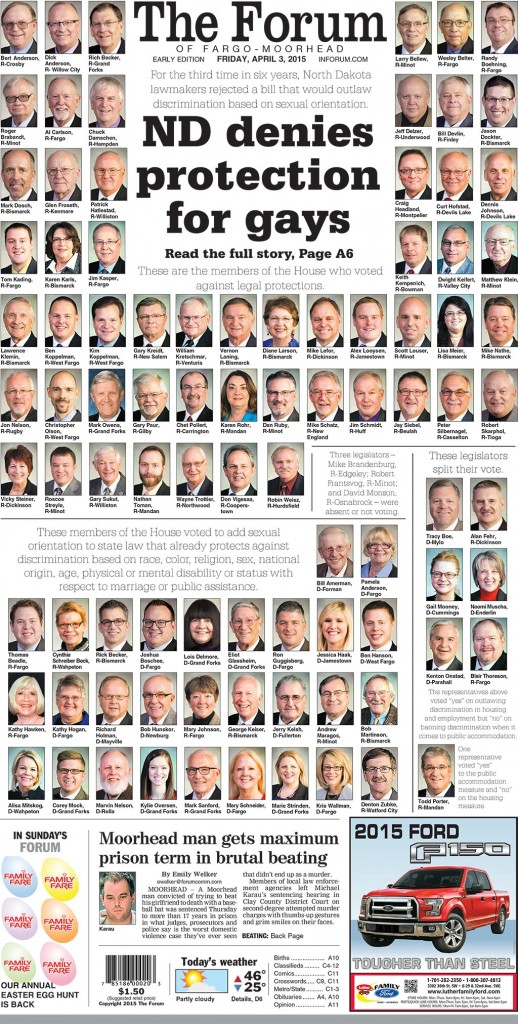 This is the “objective journalism” we get from the birdcage liner known as the Fargo Forum.  It proves what I’ve been saying all along: SB2279 is about intimidation.  Here they attempt to “shame” legislators who voted against this abomination for their vote to uphold religious liberty.

Rep. Boschee also made a veiled threat during the floor debate in the House chamber today, when he pointed toward the homofascist attacks on Indiana and Arkansas in the wake of religious liberty legislation being passed in those states.  He implied that the same sort of thing would befall North Dakota if they didn’t fall into lockstep with the other states currently being bullied and extorted into catering to 2.3% of the US population.

This is the “love” and “equality” you find from the sexually disoriented.  They talk a good game when they emote their way through committee hearings and even floor discussion, but what it comes down to is unparalleled vindictiveness.  That’s what SB2279 was all about.

So, I hopped into Photoshop to correct the cover of the Forum: 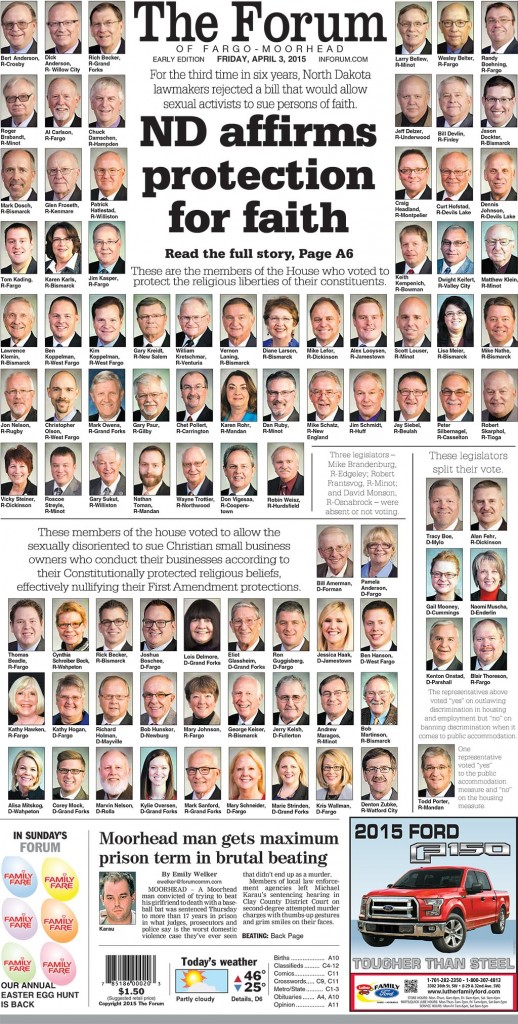 SB2279 had so many problems simply in its mechanics or lack thereof, but the “big picture” really is that this legislation has a well-documented track record as a blunt instrument used to persecute persons of faith.  The proponents tried to make it about “housing and employment”, but this legislation is most prominently used to go after Grandma when the convictions of her faith lead her to decline providing flowers for a homosexual “wedding”.

3 thoughts on “Fargo Forum proves that SB2279 was about intimidation”