Yes, I’m still digging through previously unshared photos of note on my various portable devices.  Here are a few more: 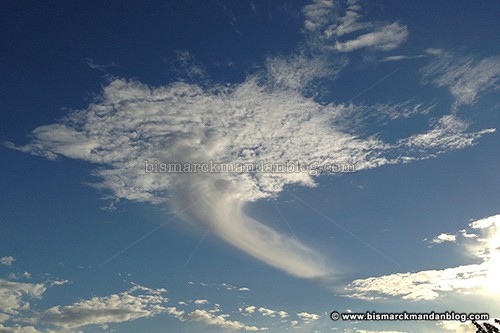 This cloud dropped a column of rain, but technically you’d call that virga.

That actually isn’t the only cloud doing so.  I had to pull over and do a quick pano to get it all in. 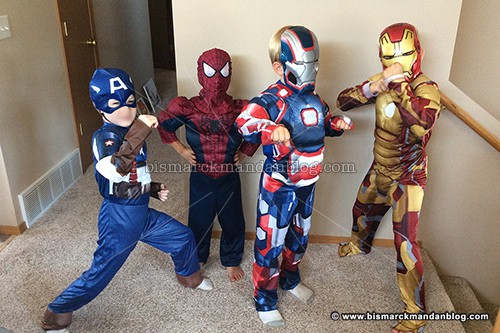 We don’t do Halloween at our house.  We don’t have to; costume days are frequent without need for a holiday.  Bad guys beware! 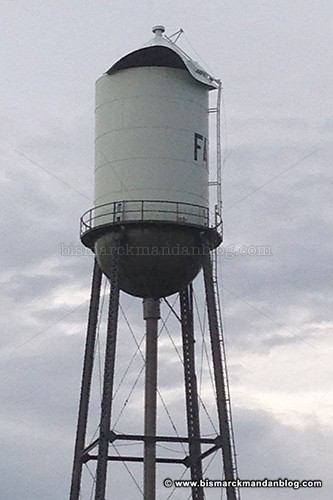 The town of Fairmount, located in the southeastern corner of North Dakota, nearly had the top of its municipal water tower ripped off by one of the many wind storms that roared across the state this summer.  The only thing preventing this from ending up on the school grounds or somebody’s back yard was the ladder.  A replacement was fabricated by a company in Devils Lake and installed after a few weeks. 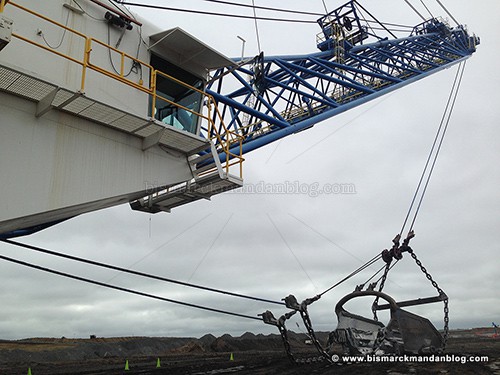 Getting ready for a climb.  While I didn’t get to go all the way to the top of the boom, I did get to hike up a ways.  I’m still kicking myself for not taking the one opportunity I’ve had in my lifetime to walk all the way to the top.  I was working, shooting stills and photos, and I wanted to get a compressed telephoto shot of the worker doing a regular inspection of the boom, and before I realized it he was halfway up and I was stuck at the bottom.  Someday… 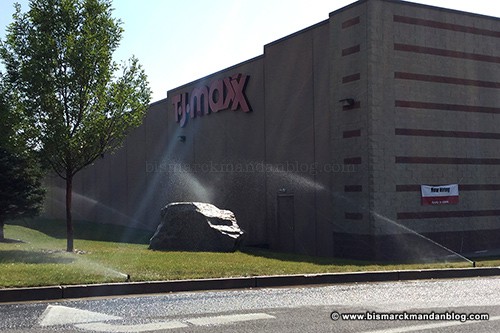 TJ Maxx is making darn sure that rock gets watered.  Maybe it started out as a pebble?  Maybe it’s one of those spongy things that expands when it’s wet.  I don’t know.

That’s all I have for this blitzkrieg of mobile device photos (“cell phone” really doesn’t cut it these days), but I plan on going even further back in time.  I know there are plenty of gems that need to be shared.  Hopefully I’ll have some new photos from the “big cameras” to share in between.