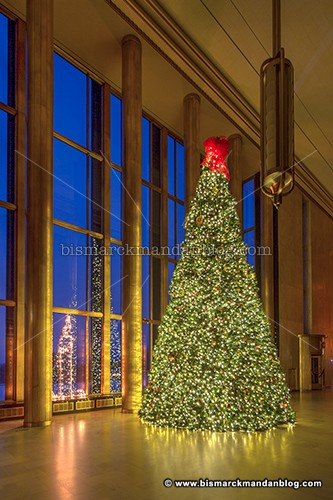 Here she is: the 2015 Christmas tree in the Capitol’s Memorial Hall. I wrote earlier about its assembly as the first artificial tree in Memorial Hall.  You may have heard about it a day or two later from one of the mainstream media stations/publications that follow my Twitter feed. 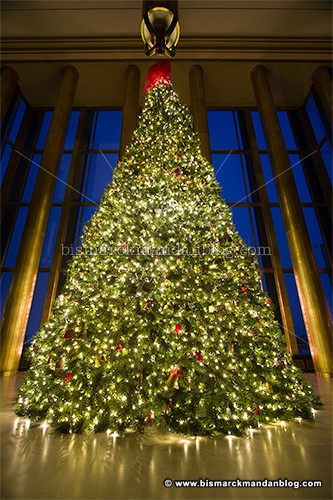 It’s a biggun, too.  Whereas previous trees were in the 24 foot range, this looks considerably taller.  In fact, as you can tell from the photo above, I couldn’t even take its photo from my usual location: 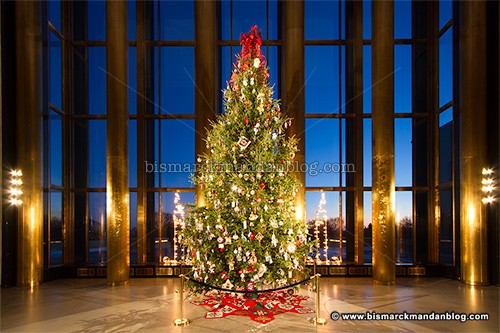 This is how I would photograph previous trees, but this new one is so tall that the hanging light fixture completely obscures several feet of the tree top. 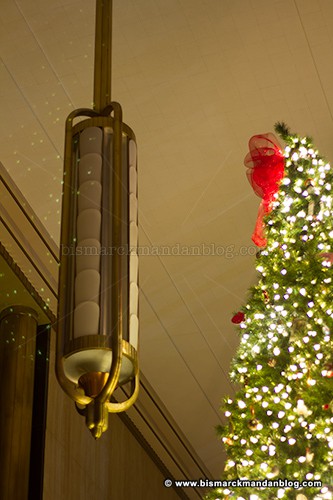 See what I mean?  That’s why I had to take the photo from an angle this year to get a pleasing perspective of the tree.  That’s okay, I get more windows (and the candle-shaped light in the windows) that way. 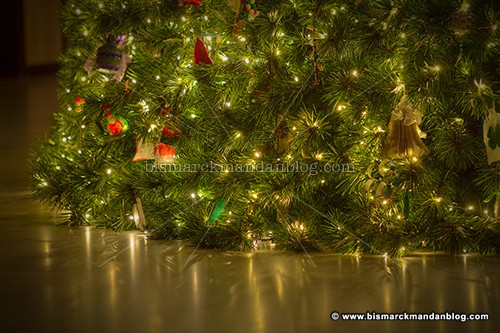 No room for presents underneath, although that’s probably never been an issue.  While I’m extremely disappointed that we won’t have real trees again, this “tree” does have two redeeming features.  The first is that since it isn’t a fire hazard they can hang electrical lights on it.  In fact, the post I referenced earlier shows that the branches come with LED lights already affixed.  The other is that it has a LOT of real estate for the donated ornaments that come in from North Dakotans via the ND Council On the Arts.

So, this is what change looks like.  Again, as a matter of general principle I prefer a real tree.  But this artificial one is not without its merits.  Since it doesn’t change from year to year, I probably won’t be back next Christmas to photograph it.  I might see if there are any individual ornaments that catch my eye, and share photos of those, but other than that the Christmas tree will be on repeat in future Christmases.