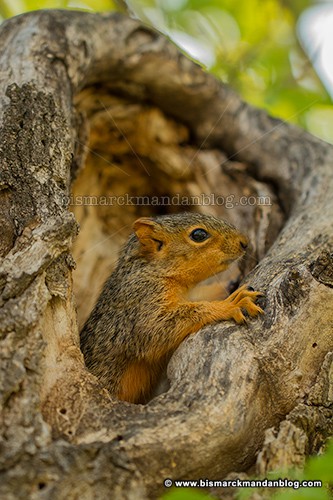 Before I process and share the photos of Saturday night’s blazing auroras, I have to share this little guy.  We had the kids at a park in Mandan for an afternoon with their cousins, and my youngest came up to tell me he was able to pet a little squirrel. He wanted my help to climb the tree where the little buggers were (apparently there were two) so he could get another look at them.  Well, I found the tree and one of the squirrels.  I was astonished to find a hole in the tree and a tiny little baby squirrel daring into it. 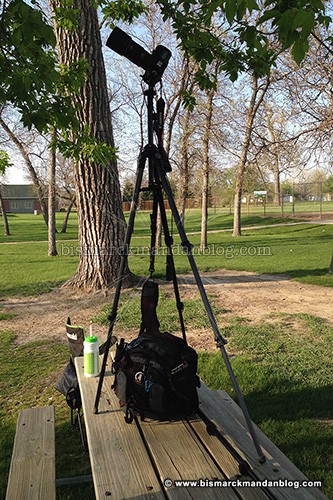 Well, that’s all it took.  I got my camera gear out of the truck and set out to capture the little guy.  The family day was wrapping up anyway, so I set up shop under the tree and decided to wait until the baby squirrel(s) decided to make an appearance.  All the din of the boys and girls had settled, and after a while one of the babies popped up for a visit. 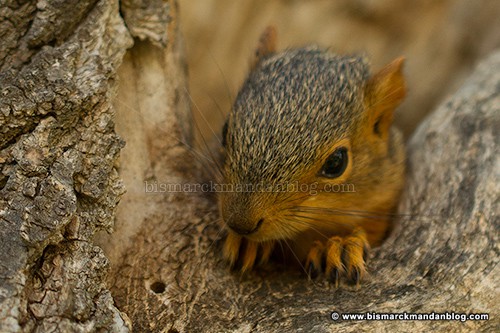 Isn’t this cuuuuuuuuuute?  Peek-a-boo!  Thankfully I didn’t appear to be too big a threat, as I actually had a much longer time with my subject than I anticipated.  I had the tripod all set up in position so I wouldn’t have to waste time framing, I had my focus point set, I had weighted down the tripod with my bag to avoid wind issues, and I had the remote handy so I wouldn’t have to get any closer to take my shots.  Preparation paid off. 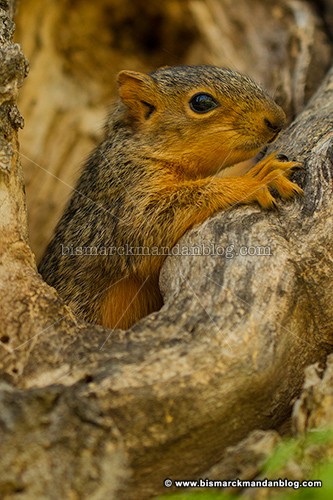 I didn’t see any evidence of my own to corroborate the existence of two baby squirrels here, but rather than wait around to find out I chose to pack up and work my way home…after checking out a place for a sunset shot.  That shot didn’t happen, as my fuel pump in my truck decided to flake out on me…but from a photographic standpoint I was satisfied with my day.  Just not from an automotive point of view.