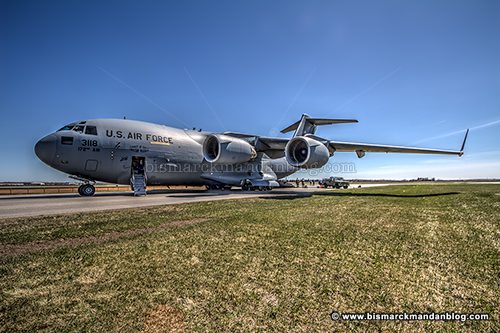 Two weeks ago the Bismarck-Mandan area got a visitor.  A large visitor, namely a C-17 Globemaster.  This is an enormous military cargo aircraft, and it made quite an impression.  Thankfully I had arranged an opportunity to climb around on it! 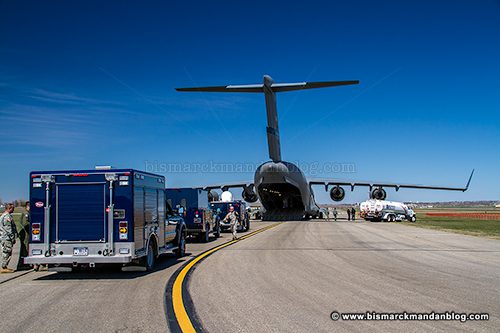 As soon as it arrived, the trucks lined up.  These are vehicles belonging to the 81st Civil Support Team (CST), a special National Guard unit which was heading to Alaska for a week of training.

While the Executive Air trucks began pumping fuel, the guardsmen began assembling the ramps needed to get their trucks up the steep ramp.  Being able to transport like this is one of the capabilities they need to maintain, so they have their own ramps and train on getting their equipment mobilized. 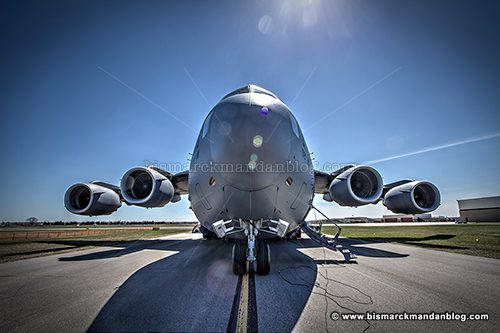 Let’s get back to the airplane a little bit.  She’s a big girl, and I don’t think she minds me saying so.  The cockpit is so high up that they can’t even see obstacles within around 45 feet of the nose. 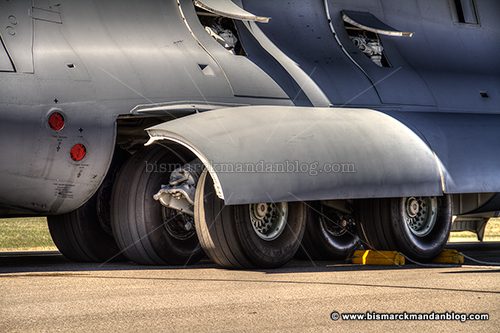 Those are some big wheels!  Three deep.  They have to be able to hold a load of over 170,000 pounds according to Wikipedia. 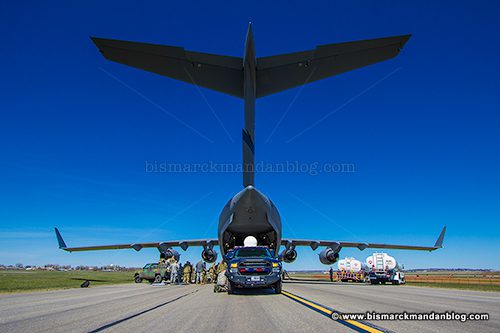 I don’t like heights, so when I caught myself wondering what the view would be like from atop that tail I quickly found something else to ponder, something less dizzying. 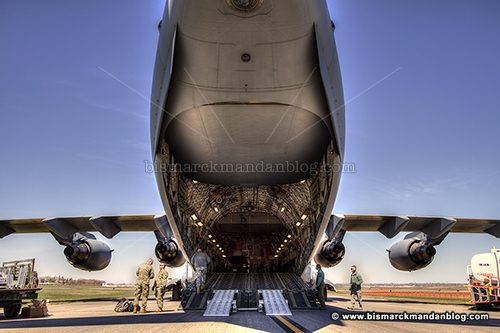 “Does this make my butt look big?  GOOD.”  I don’t think it’s possible to properly convey how big this thing is, especially since it’s gotta be able to hit 500mph and 45,000 feet. 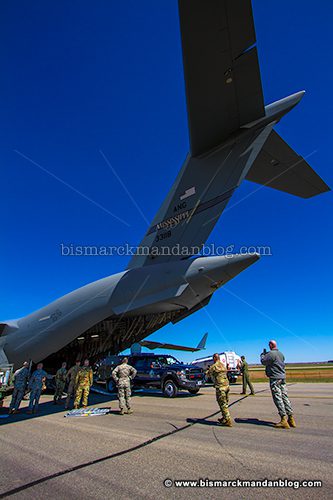 As you can see from the tail, this aircraft came to us from Mississippi.  They got to hang out in Alaska with the North Dakota folks, so I hope they brought jackets. 🙂 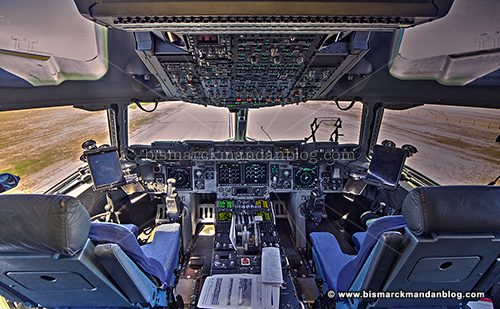 iPads…is there anything they can’t do?  The crew use these instead of the checklists of old.  The loadmaster was busy making sure the load was distributed properly, then putting his calculations into the aircraft’s computer.  That computer will then provide the pilot and copilot with information regarding their takeoff and their flight.  They don’t just floor it and hope they don’t run out of runway. 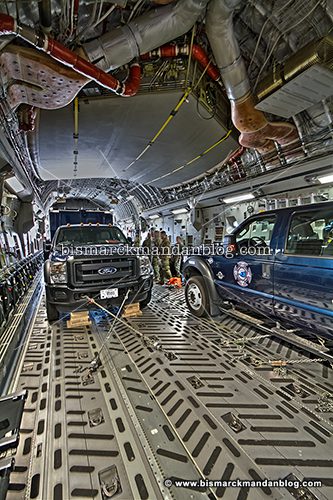 Load shift in the air is unacceptable, so this equipment is arranged and secured very carefully.  Look how high up the ceiling is in there! 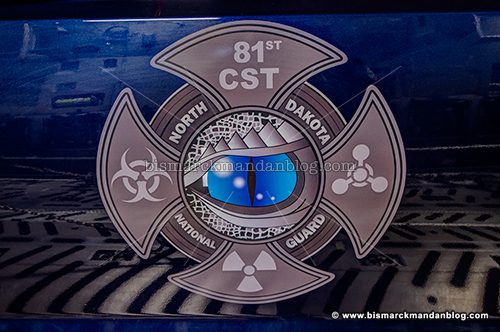 By the way, the North Dakota CST has the coolest logo in the entire nation.  Just sayin’. 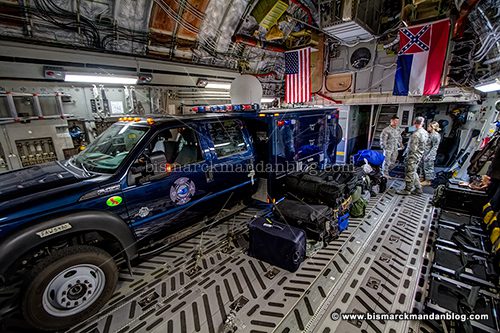 Can’t forget everybody’s luggage!  It would stink to ship out for a week long training and forget your toothbrush.  Between the flags is a porthole for the crew to look in on the cargo area.  Behind that wall are a couple of bunkbeds for the crew, too…this aircraft is capable of long flights, especially with mid-air refueling. 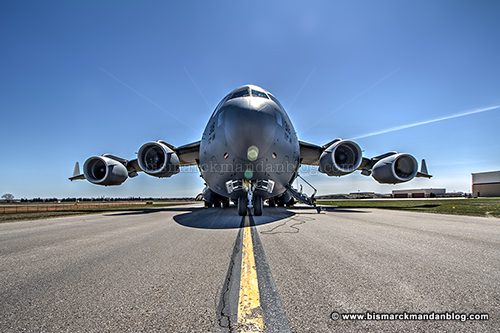 Ready to roll. At this point I bolted to one end of the runway, based upon my conversation with the copilot. The wind seemed to be in such a fashion that they’d take off toward the northwest. But the wind can change…

Kinda makes that passenger jet in the foreground look like a little cigar tube by comparison, doesn’t it?  And they aren’t even side by side, so the airliner looks artificially large.

I’d love to say I got great photos and/or video of it taking off, but the wind shifted and they needed to take off in the direction opposite I’d expected based on an earlier conversation with the copilot.  Darn.  I was all set to catch them flying overhead, but instead got to watch them take off away from the camera.   And a light pole was in the way, to boot.  But here’s the video I did get (I was there primarily for photos):