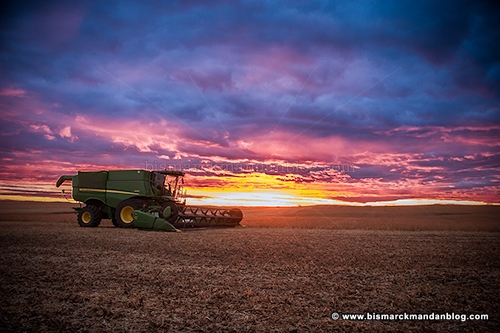 Three shots, two different times and locations.  One downside of being a freelancer is working some Saturdays, but this time it allowed me to be in the right place at the right time.  The skies burst into color out by my place just as I was getting home from a late gig.  I grabbed a nearby section line and swung into action. 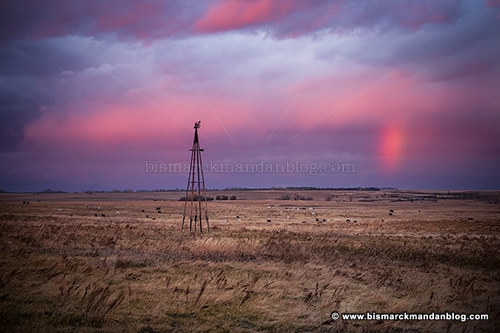 These are actually from my backup camera, because when I pulled my main out of the bag both batteries had been depleted.  That’s only happened once or twice before.  But that’s why you carry more than one camera!  I had a $6,000 camera and tripod get lifted and thrown unceremoniously down the highway last winter by a sudden gust of wind – I’d have been in deep trouble if I didn’t have a second unit in the back of the truck.  I grabbed it and kept shooting. 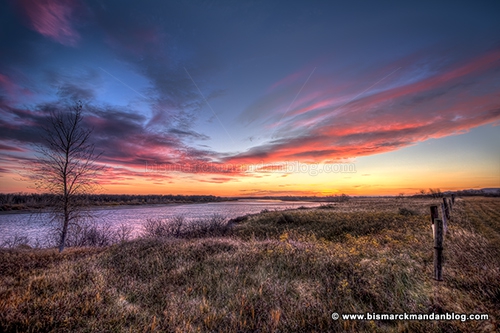 Back things up thirty-six hours or so, and we’ve got this Friday morning shot from west of the Missouri River.  The spot I’d originally intended didn’t look like it was going to work out, so I stopped here.  It turned out to be a great vantage point.  Before the skies lit up, I actually left this spot; but when I checked my mirror and saw the sky coming to life I whipped back around and set up to capture the color in the clouds.

The color may be getting stripped from the trees, but this time of year there’s plenty of it in the skies.  I hope this winter is as profitable as the summer and autumn!  And no protesters, either.