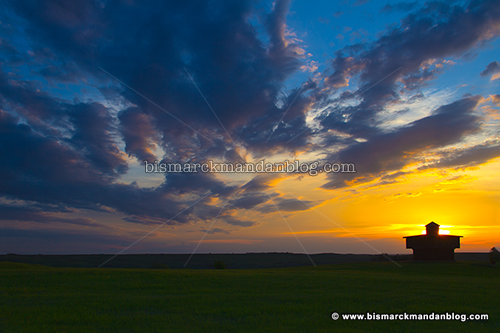 While we had a busy weekend planned, I had mentioned a couple of times to my youngest little guy that I’d like to take him to Fort Lincoln. He had asked a few days ago when it wasn’t feasible, so I really wanted to make it happen.

I don’t make promises; I prefer to mean what I say. That doesn’t mean that I’m 100% dependable, but I do my best. In this case, I had an object lesson for my boys. I said that I wanted to take ’em to Fort Lincoln, and I was set on doing just that. Events Sunday evening pushed the envelope, but we loaded up their little bikes and took off anyway. Nothing ventured, nothing gained. The Bible says, “let your yea be yea, and your nay, nay” – in other words, say what you mean, mean what you say, and you don’t have to promise or swear to anything. I told them how important it was for me to keep my word to them.

Thankfully, we arrived with a good 20 minutes or so to explore and even had the blockhouses to ourselves. We got in some riding, the weather was nice, there were no mosquitoes, and we actually loaded up just a couple of minutes before the rangers headed up to close the site for the night. Awesome! 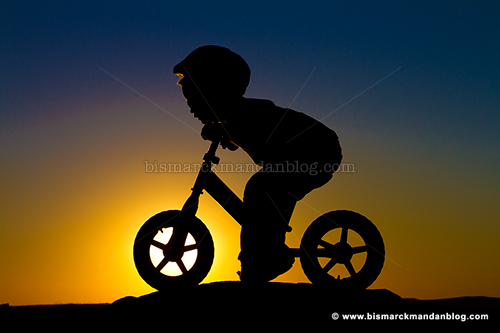 My little guys, like any little boy, love their bikes. They especially love riding them with Daddy at sunset in very scenic places. Sometimes they even weasel one of Daddy’s “black cameras” for a few shots of their own. It’s precious time, and we haven’t had a lot of it lately. I’m really hoping that this weekend is the beginning of turning things around and getting them back into the proper balance.