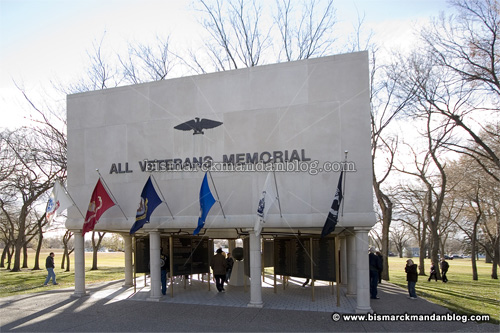 I don’t know how many of you folks have looked far back enough to see me post about the Veteran’s Memorial at the state capitol grounds, but this year marks the first time I actually made it to the memorial on Veteran’s Day. As noted in my original post, this monument has a unique feature that displays itself on Veteran’s Day. 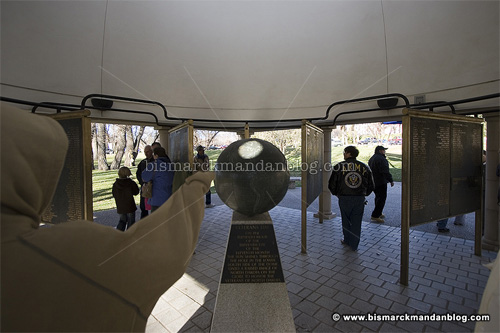 On Veteran’s Day at 11:00am, the sun sweeps a path across the metal globe in the middle of the monument. Judging by the number of people waiting to catch a glimpse of this once-a-year happening, I can see it’s no secret. 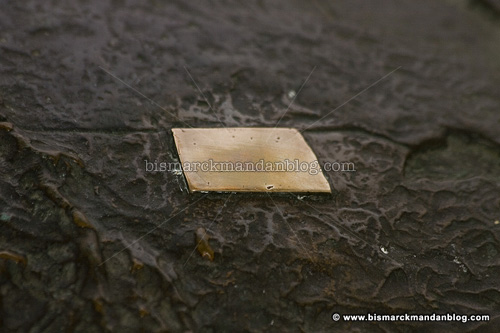 North Dakota is raised on this globe, and polished. When the sun comes across the globe, the great state of North Dakota shines. It was dull when I inspected the site on Saturday, so I rubbed it furiously to try to shine it up. You’d think someone would have thought of that already, but I guess not. 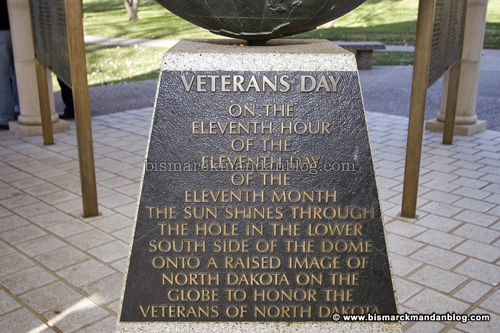 This is the base upon which the globe sits. Note that the inscription says “the eleventh hour of the eleventh day.” That’s important… 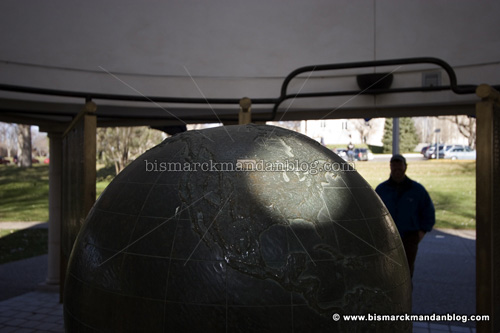 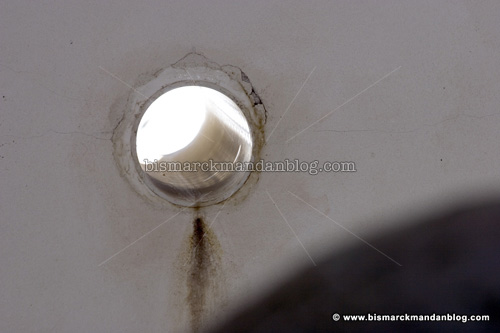 Here’s the tube through which the sun shines to reach the globe in the middle of the memorial. It casts about a four-inch circle of light on the globe when fully aligned at 11:00. It appears to have some sort of reflective inside, although I don’t know if that’s true. While the sun is coming through it, it’s hard to look at.

I’d like to pass along a belated thanks to all veterans. Closest to me are my friends Reed and Tony, although I’ve met many others and owe my freedom to millions of ’em. Military service is not something to be taken lightly. The memorial at the state capitol bears the names of North Dakota soldiers who lost their lives in service to their country. If you haven’t inspected this memorial, which has a new parking lot and is just south of the State Library building, please pay it a visit.