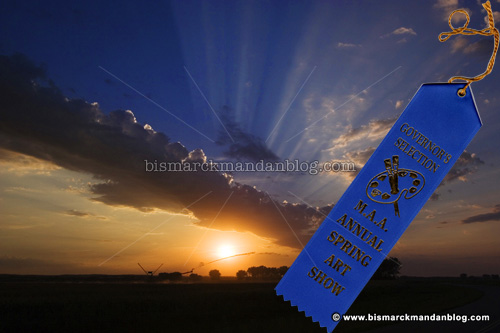 I forgot to mention that I had a pleasant result from the MAA show at the Community Center. Last year I won the People’s Choice in photography with a large metallic print of the bridge photo you see above in this blog’s header. I also won a gift certificate from a frame shop, for which photo I have already forgotten. Of course I was hoping to repeat this year. This year’s results didn’t equal last year’s, but I didn’t walk away empty handed.

The photo you see above won the Governor’s Selection award, which was awarded by a representative of the Governor’s office. Who that ended up being, I don’t know…maybe it was in the program. It was still a cool distinction, especially for such a novice. I realized early on when I picked up this hobby in 2005 that being in the right place at the right time is a requirement of any good photo, and this photo is the result of such timing. I’m just blessed in that I happen to end up at the right place at the right time a LOT these days, and never go anywhere without my camera!