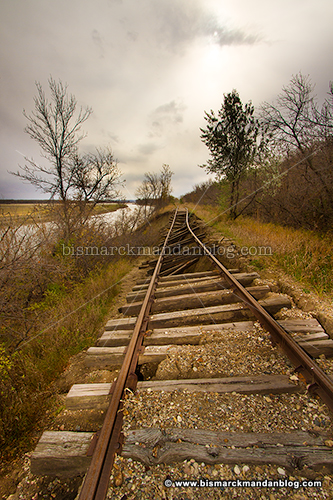 Hiking north of Fort Lincoln reveals trouble for the Fort Lincoln Trolley, one of my favorite local attractions. Most people haven’t seen even a small fraction of the devastation caused by the Flood of 2011 south of Mandan, and this is just one of many tragic stories. 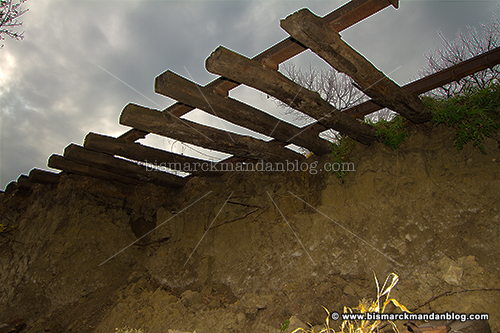 This particular section has left a long stretch of rail, along with whatever ties were strong enough to remain attached, literally hanging in open air. 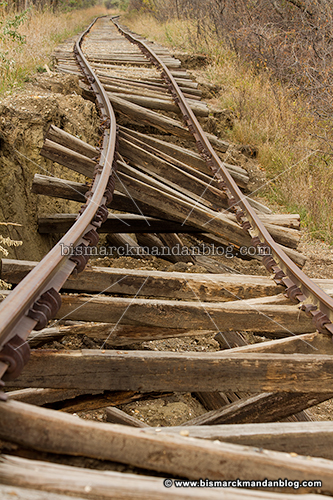 While the rails have not broken, they’ve certainly bent and are in serious need of rescue. The dark spot to the right of the tracks in the upper right portion of this photo is an enormous crack in the earth. 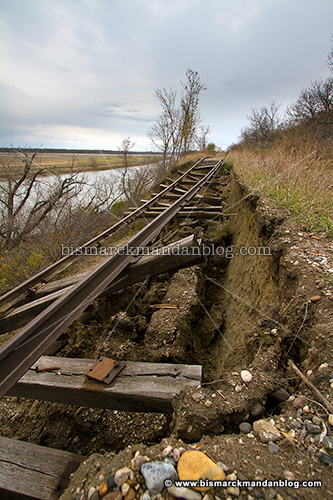 This isn’t the first time that the trolley folks have had to deal with erosion of the hills upon which their track resides; however, I don’t know whether previous damage was anywhere near as serious as this. Not only has a lot of the hill let go, but there are still major cracks in parts of the hill that remain. It looks as though plenty more dirt is waiting for an opportune moment to plunge toward the river as well. 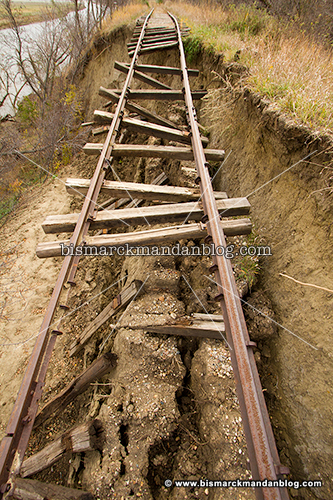 As you can see, a large section of the hill simply separated and tumbled toward the river below as the hill was eroded from its base by the overflowing river. I used my monopod as a makeshift jib to suspend my camera in the air over the tracks for this treacherous shot.

I don’t know what it’ll take to get these tracks back to operational status; it looks like a trellis system might be required, because I don’t think it’s feasible to try to rebuild and reinforce this section of the hill. Hopefully something can be done for next season, because this trolley ride is one of the more fun ways to spend a summer afternoon! I shot some video of my last ride…I’ll have to put a little something together and post it here.