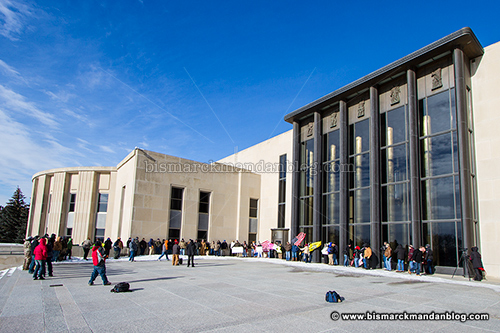 Saturday was cold, and Saturday was windy…but that didn’t stop patriots from arriving and speaking up for their freedoms guaranteed by the Second Amendment. Many huddled as close to the capitol as possible to escape the biting wind, which the National Weather Service reported as sustaining 26 mph with gusts to 44 mph for the hour. Brrrr. The wind actually blew my lens cap all the way across the steps. 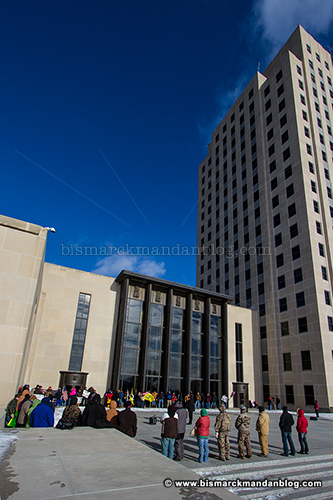 One thing that nobody talks about in regard to these rallies held by conservatives groups such as as the TEA Party, Guns Across America, or others: we’ve co-opted one of the left’s biggest tools and turned it back on them.

Remember when any ragtag bunch of hippies would get together for some sort of cause, and the media would be there to inflate their numbers and use it to try to sway public opinion? Well, now your average everyday Mom and Pop are there, they strike a clear contrast to the filthy and disrespectful “Occupy” movement, and they’re showing up in even greater numbers.

The same media used to try to minimize these rallies and their numbers or ignore them altogether, but both local TV news teams and the newspaper were there on Saturday. It’s getting harder and harder to ignore the fact that people who were content to just live their lives as everyday Americans are sick and tired of having liberal progressives intrude further and further into their lives every day.

The brisk North Dakota winter air wasn’t the only wind blowing this weekend. The winds of renewed patriotism and an awakened electorate are sweeping the country as well, and I believe we’ve got what it takes to sweep away the bogus, counterfeit Hope™ and Change™ that are threatening our nation.