Okay, they’re a month overdue.  So let me unload. 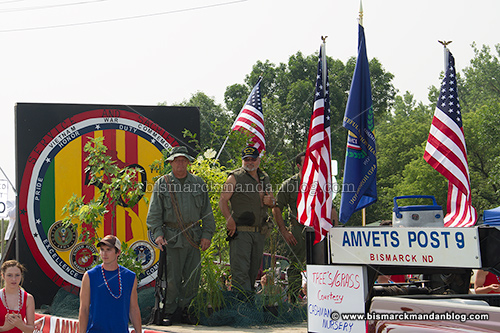 Here’s what it’s all about:  the American soldier.  After all, we’re talking about fighting for liberty. 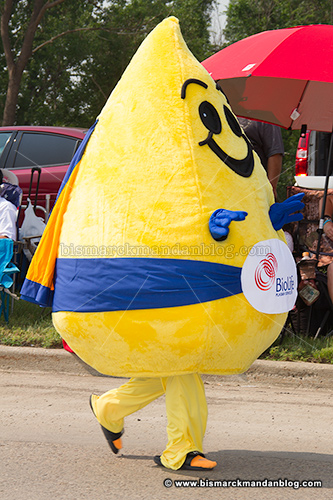 I think this must be Plasma man or something?   Or is it Prostate Cancer Awareness Week? Hepatitis Bob? 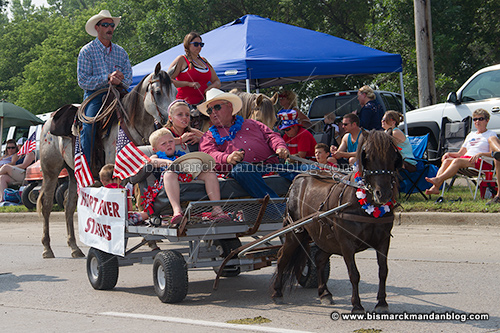 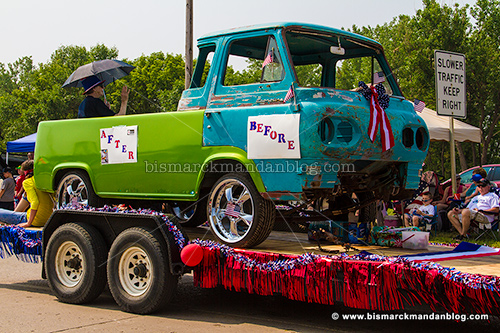 Before and after.  I love Kawasaki Green or anything approximating it. 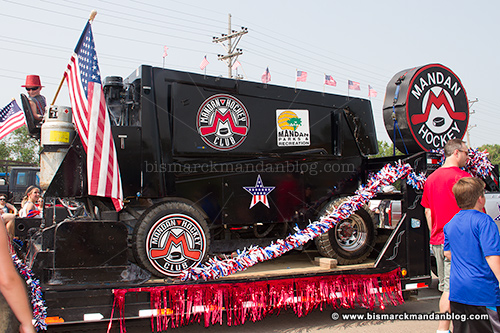 Of course, in North Dakota even July 4th has a Zamboni.  Duh. 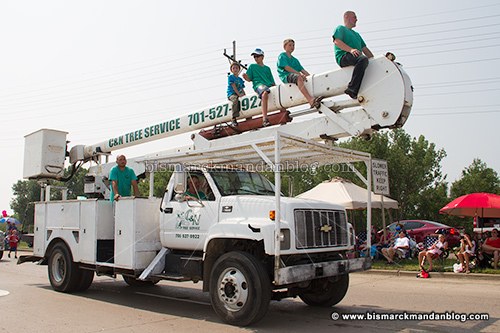 OSHA approved?  Maybe just for parade duty.  This is the company that was listing cntree.com in their TV commercials on KFYR…the only problem is that it was an Indonesian site selling counterfeit shoes.  Oops. 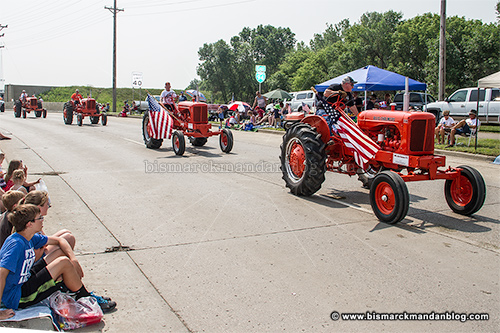 Love a progression of matching tractors! 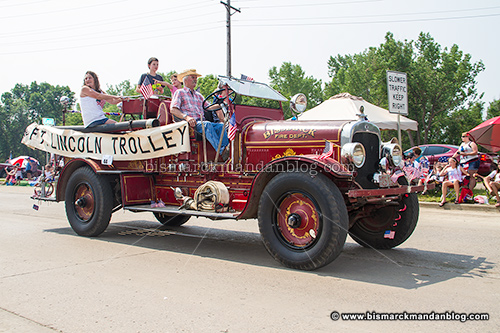 Becks promoting their Fort Lincoln Trolley.  Shoot, I haven’t ridden it yet this summer!  Okay, it’s on the list.  One noteworthy thing about this fire truck: 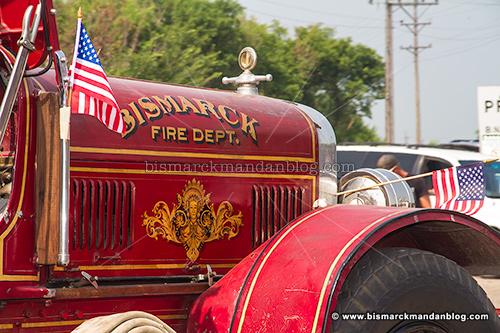 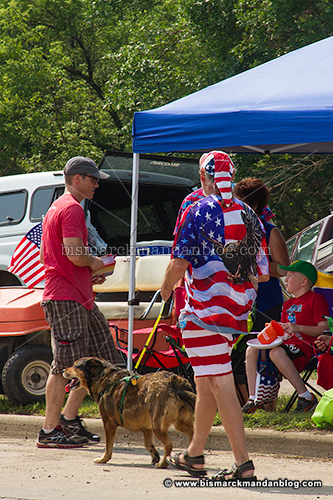 Well, some are more festive than others.  ‘MERICA. 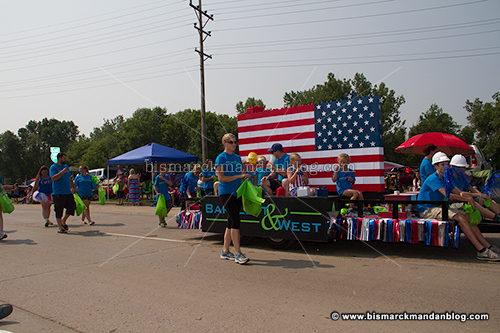 Kawasaki Green and Suzuki Blue?  Bartlet & West knows how to get themselves featured on this website. 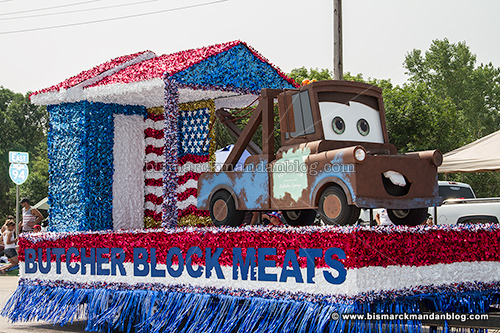 Butcher Block always does cool floats.  But the animated Mater wasn’t the thing that I liked the most about this year’s iteration: 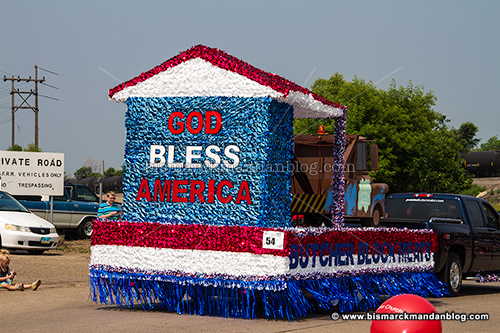 This is why I liked it so much. 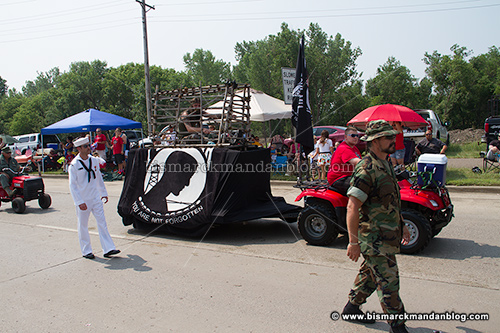 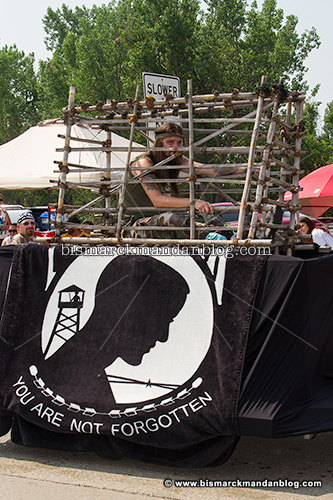 Infuriating that any of our own would be left behind. 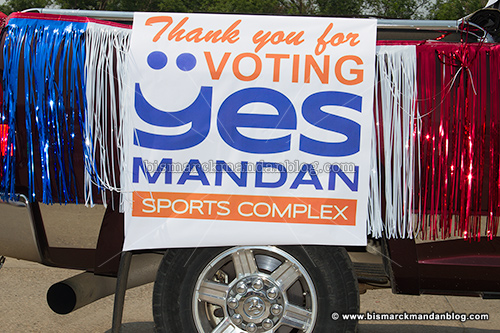 Over $20 million PLUS staffing and operating costs?  A “thank you” is the least that Mandan voters should receive. 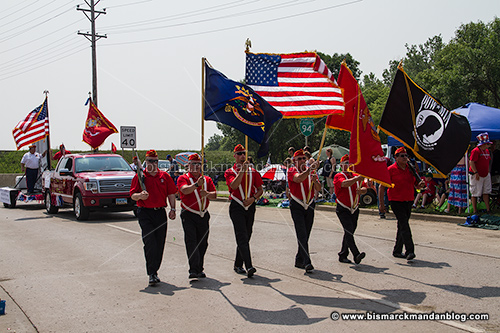 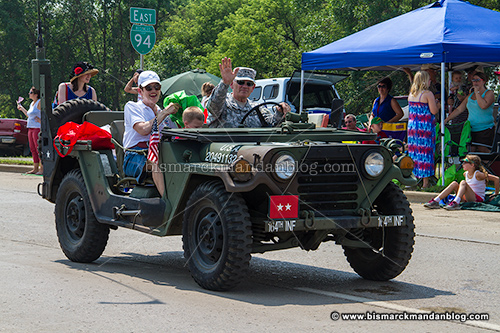 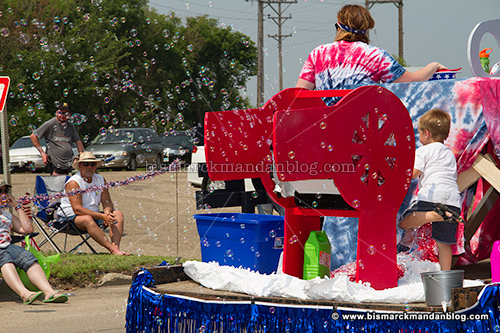 Lawrence Welk made North Dakota the home of the bubble machine.  This spa keeps the tradition alive. 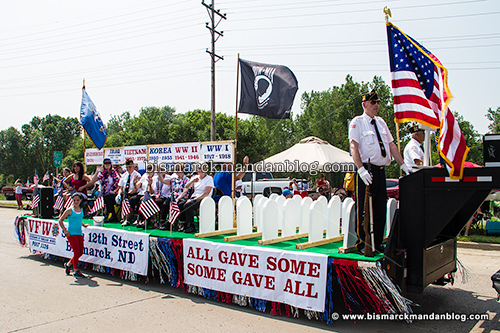 Seriously, folks.  This is what it’s all about. 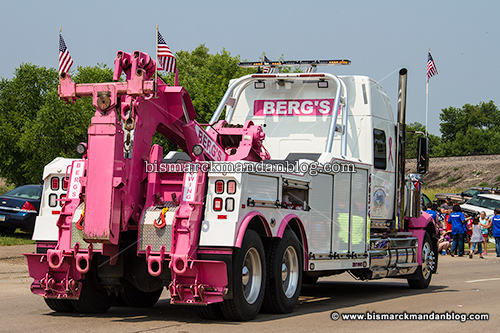 It’s pink, but it can lift more than you can. 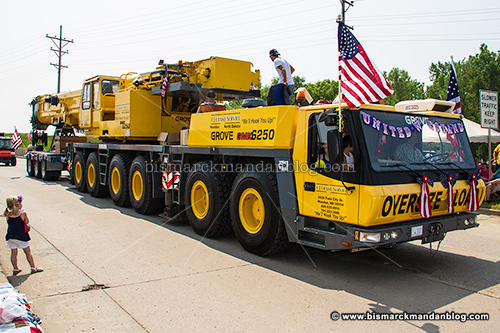 Unless you’re this guy. 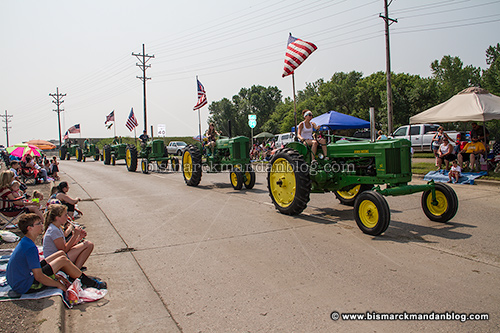 A whole range of John Deere tractors in procession, in order by model number. 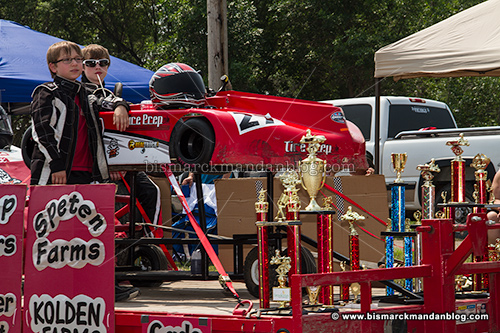 I’d say the kid knows how to race. 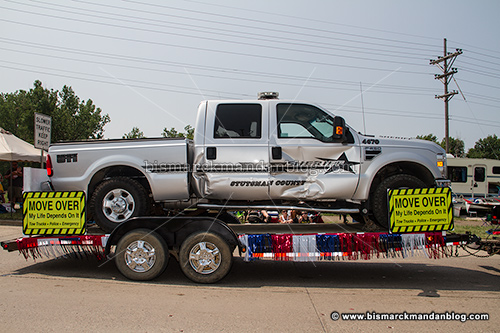 A reminder to MOVE OVER when you see a law enforcement officer with someone pulled over.  It’s for everyone’s safety. 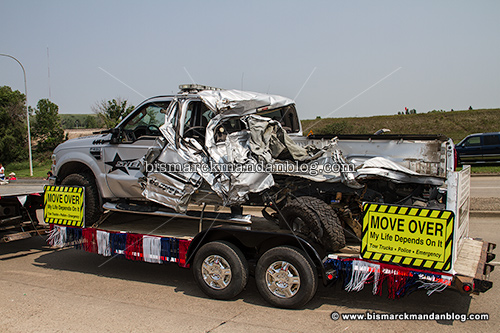 As you can see from this side, they’re serious. 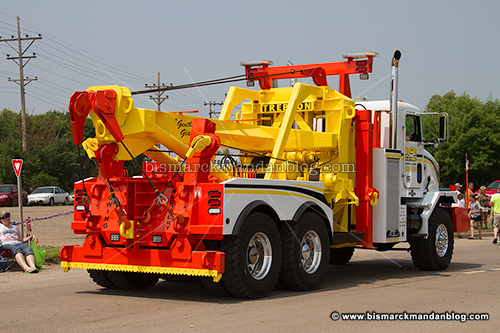 Now that is colorful. 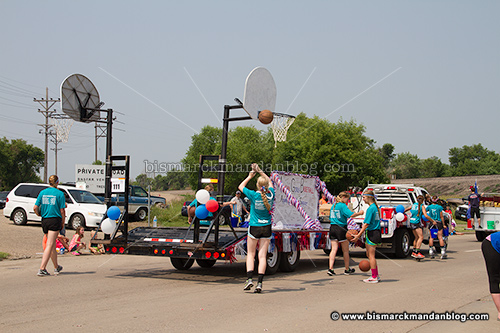 And of course, there’s an opportunity to shoot a couple of free throws.

I’m glad the parade didn’t get rained out this year.  I miss the days, however, when everyone actually made floats.  Yeah, trucks and tractors and military vehicles are cool…but what about the creativity?  The most memorable participants in this year’s parade were the ones who made their own floats.   Of those, the ones who showed respect for the death and/or imprisonment of those fighting for our freedom were the ones which left lasting impressions on me.  Hopefully in future parades we’ll see that creativity return.