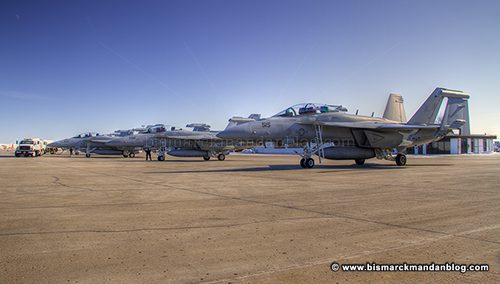 I got a tip that a group of F-18s were inbound for Bismarck yesterday, so I took a long lunch break to wait for them to arrive.  I love few things as much as military aircraft, despite being afraid of flying myself. 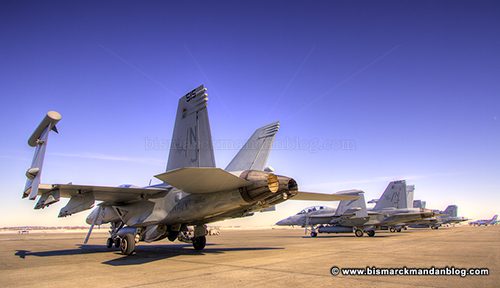 Aren’t they breathtaking?  There was a group of seven of them en route to Washington state, returning from a few weeks in Florida.  A friend of mine who moved up here from Pensacola said he got to see F-18s in the air all the time.  That’d be amazing, until you’re trying to take a nap with the Sound of Freedom roaring overhead. 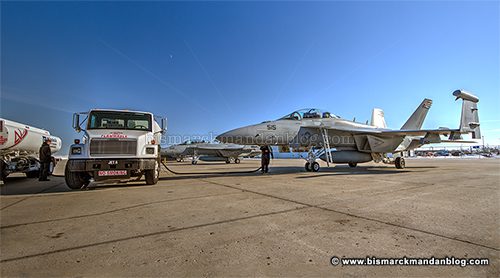 Three of the planes stopped in Sioux Falls, but four of them were able to come to the Bizzo and tank up on fuel from Executive Air and pizza from A&B (of course).  If you were only in North Dakota for an hour or two and wanted pizza, wouldn’t you pick the best too?  I actually think it may have been complimentary for them.  Awesome. 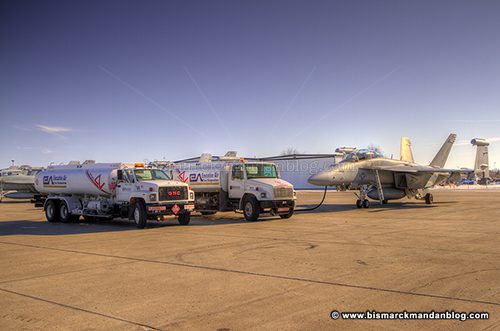 I watched as one truck was drained dry and another came up to finish the task.  Perhaps it’s good that they weren’t trying to top off all seven! 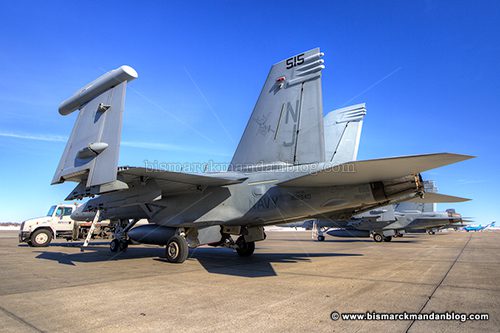 Nice tail. Just sayin’. I’ve been told that these are F-18F Super Hornets, which are two seater models and used for electronic warfare. They’re part of VAQ-129, an Electronic Attack Squadron based out of Whidbey Island naval air station in Puget Sound, Washington. 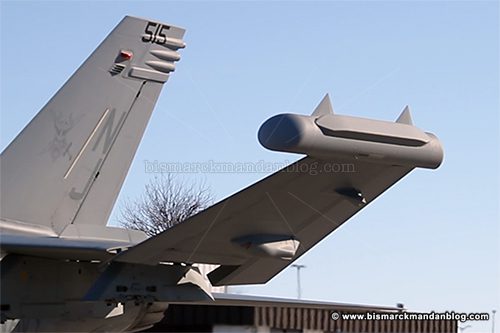 These pods on the wings house antennae.  Lots of ’em, apparently.  So since it’s the navy, the wings gotta fold anyway (for carrier space limitations?) but I’m guessing they also want to protect these from damage.  I forgot to ask if that’s a secondary reason why they folded ’em up when they parked. 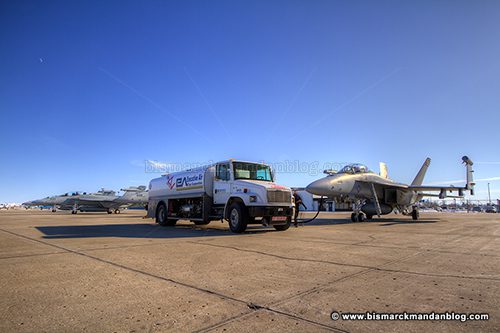 If I was expected to fuel up visiting aircraft on a daily basis, I’d absolutely live for days when a pack of military jets roll in for some juice.  I’d probably be humming the Top Gun theme, even though they flew F-14s in the movie. 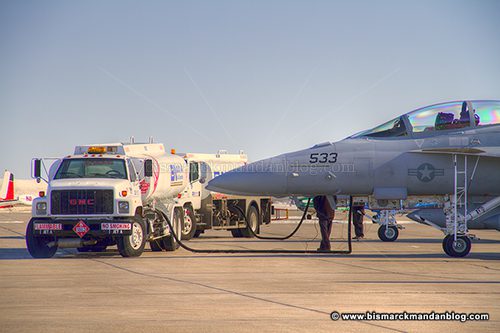 Love the colors on that bubble. It takes a while to fuel four of these, which thankfully left plenty of time for conversation.  A friend’s brother is one of the crew here, so we got to chat him up about the flight.  They were all very nice and accommodating. 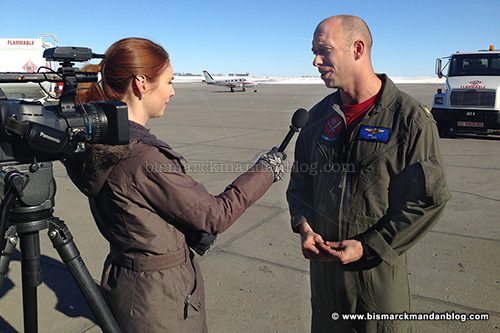 Joe gives an interview to…somebody.  Since I don’t work in television anymore I have no idea who most of the reporters are.  I haven’t seen any reports online, and the cameras these days are too small to slap a logo upon, so your guess is as good as mine. 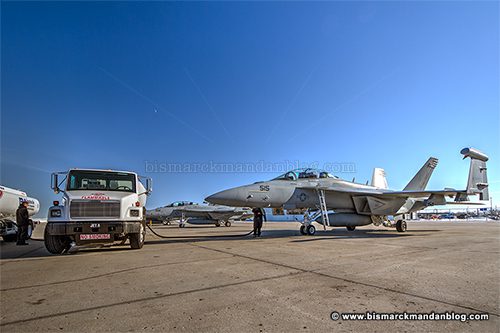 Last one to get gas.  Yes, they do actually have Navy credit cards they use to pay for their fuel, one per plane.  How’d you like those bonus points? 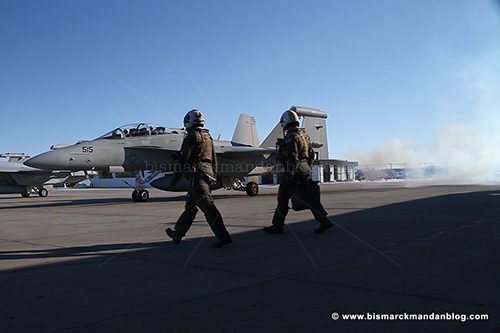 Then it was time to fire ’em up.  What’s cool about these is that they can start themselves; no need for an APU to power ’em up and get the engines turning.  No remote starter, though, although we joked about that. 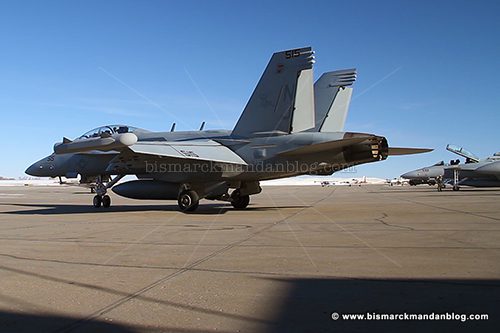 Then, with a wave it was time to roll out, one at a time.  They didn’t leave close together, as you can probably tell from the open cockpit in the back.  I suppose they bunched up later after everyone was in the air and headed westward.

I took a little ShakyCam™ (I haven’t trademarked that, but I should) video of the arrival and departure.  Using a still photo lens not suited for video, I still got some passable results.  I do enough video work with actual video cameras that I don’t care to do it with still cameras, but if I do more of this I’ll probably have to nab a stabilizer rig to have with me.  Anyway, here’s the video.  If you view it full screen it’ll be 1080p.

It has been a LONG time since I’ve been able to get out with my camera. This was incredibly therapeutic, even if it was dreadfully cold outside. Getting some photo time feels GREAT!