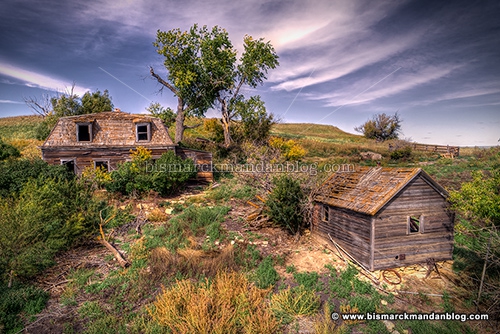 This is an interesting old farm, simply because of the backstory.  According to something I read about this property earlier this summer, it was the site of a murder-suicide.  Two contentious brothers were found dead of gunshot wounds, one in the house and one outside by the water tank.

The story goes on to say that the brothers didn’t believe in banks, and they were rumored to have buried $30,000-$40,000 somewhere on the property.  The money has never been found, although it’s possible another relative took the money with them before leaving the farm. 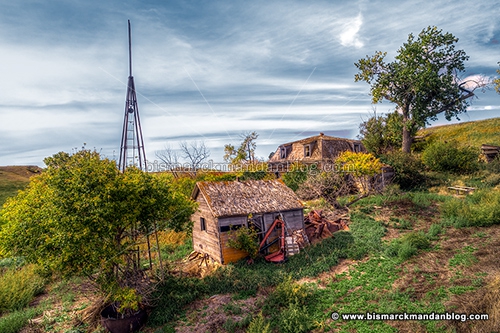 This farmstead is built into the side of a hill, and it’s quite scenic indeed.  One of my fascination with places like this is the fact that they each have an untold story, so it’s interesting to get a little bit of a glimpse into the background of this cool farm.