I spotted this barn on a recent photo trip, on my way to an entirely different objective. I’m glad I noticed it; in fact, the farmstead upon which it sits was a photographic gold mine. This is just the tip of the iceberg.

The barn itself has settled, the walls long gone, but the roof is hanging in there pretty well. I liked the angle of it pitching forward. I wish I could have seen it before it fell, but it still felt pretty grand on this sunny Friday afternoon.

I ran out of time on a recent photo trip, losing my race with the sun toward my last objective. I had a spot in western North Dakota I would have liked to reach at sunset, but I found so much good stuff along the way that I simply ran out of time. No worries…this is one of the unexpected stops I made along the way, and it ended up being my last photo location of the day. You can see how low the sun is already.

I tried to make it as far west as I could anyway, since I needed to fuel in Bowman for the trip home, but as I scrubbed the bugs off my windshield and listened to the gas pump churning away I made the decision to call it a day and head back to base. With all the opportunities I had to wield my cameras and drone that day, I was quite satisfied.

A friend from Pensacola and I recently took a trip up to Arena to check on the old church which has been the anchor of the town’s remains. While it still stands, technically, I think a more accurate term would be that it sits.

The concrete floor has finally given way, and the wooden braces have punched through. That allowed the entire building to shift backwards, which I believe is the only reason it’s still precariously upright.

As you can see here, the fact that the church pivoted back and onto the dirt behind the back wall is what has kept it upright after the failure of its supports.

Sadly, that’s also what is tearing this building in half. The front part of the church is separating due to the shift in the building and the lack of support beneath the area where the two parts join.

The front of the church is still being propped up by what’s left of the cinder block wall, but that isn’t going to last much longer.

The front of the church has also pulled away from the steps.

The steps themselves have begun to pull apart as well.

The back of the church looks okay at first glance, but you can see the extent of the damage at the front as the two parts of the structure are separated even further on the east side.

Naturally the chimney was an early causalty. I took this photo a long time ago.

So, sunset is on the way for this old church. It’s one of my favorite local photo spots, and it’s sad to see it go. Often when a building gets to this state of disrepair and instability, responsible parties destroy it before time does the inevitable. After all, it is unsafe. I’ve tried to stop by periodically to chronicle the demise of this beautiful little church, and I don’t care to imagine the day when it no longer remains.

I noticed something really cool while taking photos for the owner of a farmstead northwest of the Bismarck-Mandan area. Obviously it was a beautiful day, as you can tell from the green pasture and blue sky above.

This is an inventive way to block the door of the shop. The hasp doesn’t quite line up okay, but by grabbing a spare valve and dropping it into place, it’s easy to keep things closed.

I love the ingenuity of rural North Dakota.

I spotted this old farmhouse while out roaming a couple years ago, and was curious about it (naturally)…but, since there were cattle on the land, I wasn’t about to try getting any closer (including by air). I always planned on swinging by again to try getting a better look, but I had no idea when that might be.

Fast forward to Spring 2019 (Did we have a spring? I may have missed it.) – I was poking around south of Bismarck-Mandan, and figured I’d try my luck despite the wind. Thankfully, I was able to fly around a little bit during a lull in the stiff breeze.

This house sits on a hill, providing a nice angle from above. It looks like at least one addition was built at some point.

The funny thing is, due to the wide angle of the drone camera, I kinda like my original photo, shot from the road with a telephoto lens. It gets the water in there better, as well as those lovely Morton County hills.

I’m told that this house may not remain much longer, so I’m glad I was able to investigate a bit – at least enough to satisfy my curiosity. There’s a growing list of sites for which I was too late, and a comparable number of sites which have disappeared since I photographed them.

I don’t go in old buildings when I find them. That’s a personal rule. I’ve only ever made one exception to that, and I’m not doing it again. I do it for a couple of reasons: safety and respect. So when it comes to this photo, I can assure you that I poked my camera through a window while standing outside, and did not venture into the house itself.

These are the remnants of St. Petri Church, nestled in northern Kidder County. I never did get up there in time to see it, although I’m sure it was a fantastic little church. Google Earth imagery shows it intact in 2013, but the next pass in 2017 shows it leveled. I’m not sure what happened to it…I’ll have to ask around.

Sadly, the little church lies in a heap along a gravel road, with its cemetery nearby. I knew that the building had fallen before coming up here, but I still had to see for myself.

The walls are laid over and/or strewn about, the roof partially crushed, and there’s no more little square steeple anymore, either.

The grounds look well maintained. I didn’t have time to check the dates on any of the markers in the cemetery to see how recently anyone has been buried here.

It’s such a shame that this church had to meet such a demise. It looks like a storm of some sort probably hit it – microburst, or – dare I say it – a small tornado?

It’s strange, seeing the walls laid flat like this. It really does look like a mighty wind came along and simply toppled the structure.

Here’s one of the walls. You can see the outline of the foundation as well.

There was a little outbuilding to the west, but that hasn’t survived, either.

There are lakes all around this area, and it’s really pretty. This nice, green grass is something we won’t be seeing for a while; as I write this, there’s an arctic cold mass heading our way which is expected to last for a little while. But at least we don’t have tick or mosquito problems right now!

This isn’t the only little church I’ve missed out on; the resources I use to find these have shown me plenty of plots where a church obviously stood at one time, but now is gone. And just as I’d been told about one northeast of here last fall, I received another email to tell me that it had just burned. These landmarks are vanishing quickly, and I wish I had the gas money to roam around and find them all before it’s too late.

I stumbled upon this barn earlier this summer, and was thrilled to find it. What a unique architecture! At least I hadn’t seen one like it. And it had a great shade of red remaining in places.

If it looks familiar, it’s because I posted this angle a while back. Both are from a flight over the area, and I couldn’t be more pleased with the find.


I haven’t been able to get out with either aircraft or camera lately, but I’m hoping to venture out soon! All my friends are posting cool stuff, and it’s driving me absolutely nuts. 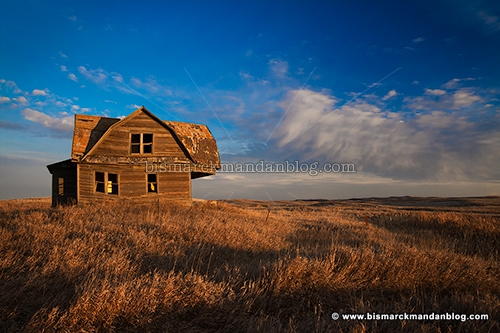 I’d seen a photo of this home posted online and knew I had to find it.  A lot of Google hunting based on a description with the posted photo gave me what I needed to load up the truck and venture off to the northeast.  I marked six or seven spots that looked promising from space, then proceeded to hunt them all down.  This was the last spot on my list, and it didn’t disappoint. 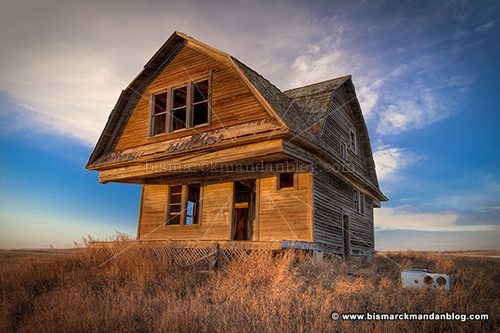 I’m sure you spotted the same feature about this house that I did: the overhang of the upper floor, no longer supported by columns to the deck below.  I’m sure it’s just a matter of time before this collapses, but for now it has a great visage. 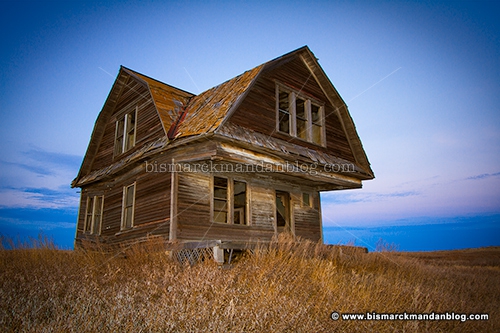 Before long, the sun departed behind me and I had to head home and pressure wash a LOT of sticky mud from my truck.  But this home holds a lot of promise, so you can be sure I plan to check in on it from time to time. 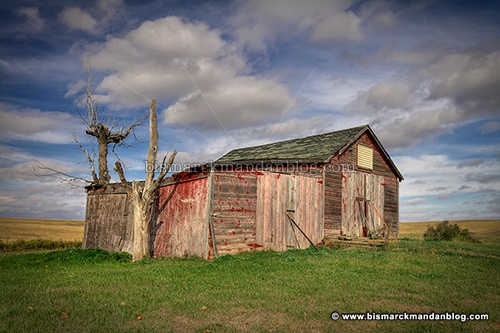 Okay, I don’t know if the owner’s name is Joe…but I struggled to come up with a title for this post.

The big question is…what are they trying to prevent from escaping?  All the doors are barricaded from the outside. >gasp<

Behold, his soul which is lifted up is not upright in him: but the just shall live by his faith.